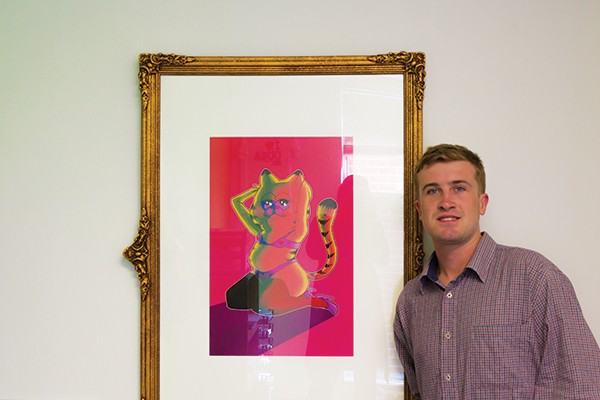 OUSA President Hugh Baird speaks to Critic about what the successes and failures of his presidency, whether he considered running again, and his advice for President-elect Caitlin Barlow-Groome.

Joe Higham: How different was the year from what you had expected it to be when you were in Caitlin’s shoes this time last year?

Hugh Baird: Good question. I think it’s exactly what I expected; that it’d be busy and hard. To be honest, I probably went in expecting the worst, and it’s probably been better than I expected.

A lot of people come into the job thinking they can do all of these massive things and then...

... Yeah, that would be true though. I think I have felt that a lot. There’s a lot of red tape that you’re normally trying to jump through, but in terms of the hell I thought I was going to be going through, it probably hasn’t been as bad as I thought it would be. There was only really one day that I cursed the world, and the rest of the 99 percent of the time it’s been enjoyable.

What do you consider to be your three best achievements this year?

Good question. Probably the work that’s been done around the glass and the rubbish, although there hasn’t actually been the tangible changes that we would’ve liked so far. I think everyone that needs to know is in the know about what the issues are in terms of rubbish, and everyone seems to be singing from the same hymn sheet and working for the same sort of outcomes, which although it hasn’t happened yet in terms of better rubbish collection in North Dunedin, that’s because of a timing issue with all of the contracts. But once those contracts are up, we’ve been having those conversations with the DCC and they’re well aware that we need better rubbish collection, in terms of instead of fortnightly, weekly, and also better rubbish bins. So, everyone’s aware, but it’s just one of those things where your hands are kind of tied because, obviously, contracts.

So that’s something that Caitlin will be able to implement next year?

What is something that you really wanted to do but were unable to do or just ran out of time?

Buy a bar. We did a lot of work in terms of trying to find a space to buy a bar. But the fact of the matter was that there is just nowhere around here that we could have that bar…

Do you mean on campus or in North Dunedin?

In North Dunedin. Outside of campus it’s really tough in terms of compliance and all of the council regulations and all the rest of it. So we did a lot of work in terms of finding a building … but it turns out it would just be far too expensive, just because of compliance and fire regulations and all of those sorts of things. It’s just so tough. But in saying that, we are working with the university at the current moment to sort of, hopefully, do up Re:Fuel and look at Union Hall a bit more and do something similar to the Foundry in Christchurch.

What has been the best moment overall so far?

Good question. I can’t think. There’re heaps of them. Probably just something like Orientation Week events and watching all the work that goes on behind the scenes and then going to all the events has probably been the most enjoyable moments.

What has been the most difficult part of the job?

I think it’s been, probably, the difference in knowledge between ... or information ... factual information getting out. A lot of stuff around the CCTV cameras and stuff, and the Support Services Review, and the P.E. School cuts and all the rest of it. We probably knew a bit more information from the dealings with council and stuff and that hasn’t ... people don’t really understand the ins and outs of a lot of those decisions, which I think once you understand the reason behind a lot of them they are actually quite reasonable.

What do you think is the most important skill or quality you’ve learned this year that you can take away from it?

What is the best piece of advice you would give to Caitlin for next year?

Keep a sense of humour. Don’t sweat the small things. And that everything will be fine in about two weeks.

What would you give your OUSA Presidency out of ten?

Shit, I don’t know. I think I’d give it a seven, and I would say that it’s a very, very tough job for one year, and if you were to have another year I think there’s a lot more than you could do and a lot more that you would know, because half the job is learning the job, and then once you get to that point there’s not much time left.

Did you ever consider running for president again?

Yes I did consider it, but I kinda didn’t want to stick around and get into the position where I was over it. I sort of still wanted to leave enjoying it.