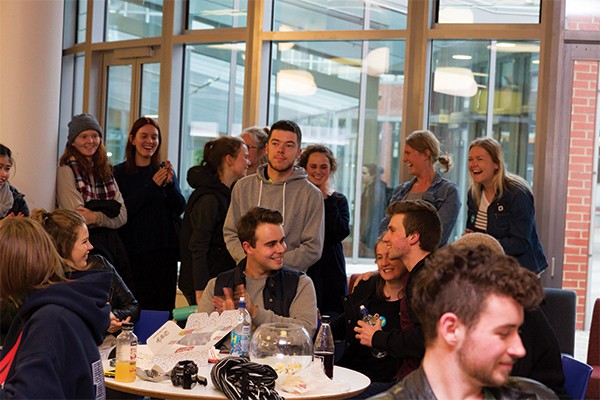 The rest of the candidates, namely Monique Mulholland (‘Justice Through Solidarity’), Lync Aronson (Free Food Fridays), and Alex McKirdy, all lagged some way behind the top two, splitting roughly 20 percent of the vote between them.

During the campaign, both Angus Wilson and former OUSA Administrative Vice President Jarred Griffiths pulled out of the running for the presidency.

Barlow-Groome was the only candidate to win any of the ten positions who was not part of a ticket.

Shewell’s Unity ticket, who have disbanded after hearing the results, managed to win 6 out of the 10 positions they ran for, with Cam Meads and Sam Smith of the ‘Be Bold’ ticket taking out the Admin Vice President and Finance Officer positions. As they mentioned during their campaign, Unity have now disbanded and are merely “a group of individuals with a common message,” according to successful Recreation Officer candidate and Unity member Josh Smythe.

Barlow-Groome told Critic that she was “absolutely stoked” to win, and explained that she thought, “all the best candidates got on and I’m stoked that I was part of that”.

She said she will spend the next few months, “following Hugh, sitting on meetings, figuring out what the president does, more so [than what I know now], getting to know the VC closer and also other people at the university.”

“I’d like to see a more lively campus, which is what I campaigned on.”

Soon after the results were announced, Shewell explained his thoughts on the campaign to Critic, believing that “I think a massive problem is with you [Critic] running ridiculously biased articles. If that article [‘What the Presidential Candidates Actually Represent’] wasn’t published, the results would have been tremendously different.”

Not all of the unsuccessful candidates were as bitter, however, with Monique Mulholland, who received a 13 percent share of the vote, explaining that “I honestly didn’t think I was going to win. I think at the end of the day it was always going to come down to Caitlin.”

She spoke of how, “OUSA should shift to more of an advocacy role and being more prominent” politically, explaining that there are “a lot of issues facing students at the moment and they need to be addressed”.

Current OUSA President Hugh Baird spoke of how he is backing Barlow-Groome 100 percent to do a good job next year, noting that he is “obviously happy with all of the winners, who obviously fought very hard for their campaigns, but obviously there has to be winners and ... not positions for everyone.”

“It takes a bit of a while to sink in, and I had to work at Critic afterwards so I couldn’t even celebrate. I hope she enjoys a few cold beers tonight.”