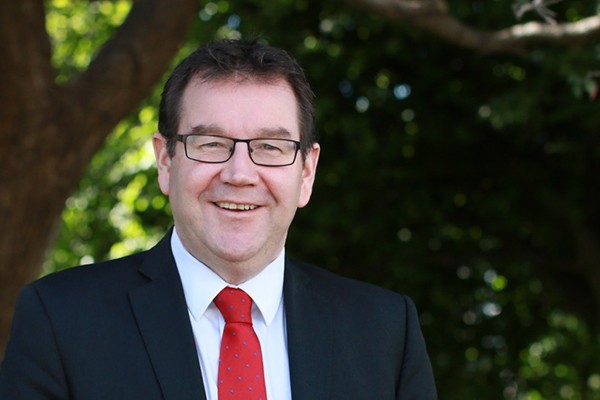 In a candid interview with Critic, Labour Party Finance Minister Grant Robertson revealed the extent of the personal attacks he has faced since he became an MP.

Robertson, who is openly gay, said that he has experienced both “actual abuse” and “unconscious bias” over his sexuality, and believes that new Labour leader Jacinda Ardern is receiving sexist and ageist treatment in the media.

“I get masses of homophobic stuff,” Robertson said. “I get constant emails, the odd tweet. In the end, I tend to disregard most of it. When I first became an MP nine years ago, there was a guy who was a bit obsessed and strung out about me, particularly me being gay. He started writing these weird emails asking if I was ready for the noose, and we did refer that onto the police and they dealt with it, and he hasn’t re-appeared for some time.”

“I’ve had a couple things left in the letterbox too. Not direct threats, but kind of weird obsessional things, and that is because I’m gay and [the media] tends to fixate around my sexuality, for some people that’s a trigger.” In January, Robertson tweeted a picture of a letter he received addressed to ‘Homo’.

Robertson is not the only MP to receive similar attacks from the public. “The abuse is terrible, and, I might add, it’s every politician from all parties.” Just one day after I interviewed Robertson, National Party MP and Minister for the Environment Nick Smith was apparently attacked with rat poison at the Nelson market.

Smith said in a media statement that "The situation became quite frightening when it escalated from verbal abuse and throwing rat poison at myself and volunteers, to physical shoving and rubbing rat poison over my face and clothes”.

But Robertson says politicians face more than just outright abuse. “There’s sort of two things, there’s the abuse side, and then there’s another thing, the fashionable word nowadays is ‘unconscious bias’.”

“In the first media standup that Jacinda did when she became the leader, there were two or three questions which were all ‘are you capable of doing this job?’, and after about the second or third one Jacinda turned to them and said, ‘Yes, I am, and do you mind telling me why you don’t think I am?’. And it was like, would you ask that question of a man? When Mike Hosking asked her what she was going to be wearing [to the first leaders’ debate], she came back and asked him if he would ask Bill what he was going to be wearing. I kind of think he wouldn’t have if she hadn’t said that … That’s ingrained in our culture, and for Jacinda as a young woman leading a political party it’s really heightened and we just need to call it out when it happens.”

Robertson recently shared a Facebook post from two years ago where he talked about Jacinda Ardern getting what he considered to be sexist treatment by the media. Talking about that post, he said, “That was a specific moment two years ago, where she was starting to be talked about by people and she was described as a ‘pretty little thing’ by one commentator [former Kiwi’s coach Graham Lowe, speaking to Paul Henry] and ‘vacuous’ or ‘vacant’ by another one, and it just really annoyed me because she’s an incredibly smart, really politically astute person and I think everyone’s seeing that now and that was the point of me reposting it, to sort of say: these things I was talking about, the public is now seeing. She’s handled this incredibly well and is quick on her feet and able to deal with a huge range of policy issues as good as anybody. I do still think that she’s a woman, she’s under the age of 40, I just think there’s some entrenched views there in part of society that need to be challenged.”