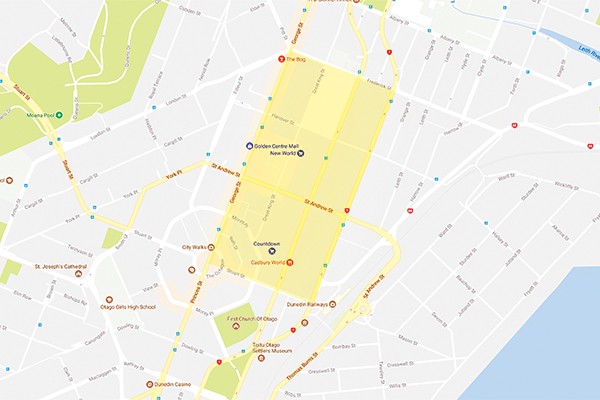 When Are We Putting CCTV Cameras All Over Central Dunedin?

Police figures from 2016-17 have revealed the zone between Frederick Street and the Octagon to be the area of the city with the highest number of reported crimes in the Otago region.

50 percent of the 3270 crimes reported in Dunedin City occurred in the broad CBD area stretching from High Street on the south side of the Octagon and covering the Otago university campus.

The crimes included physical and sexual assaults, thefts, robberies and burglaries, among others.

Police said that the largest portion of criminal activity occurred between the hours of 12am and 4am, and blamed alcohol for a large number of these. However, they did note that the overall number of victims was lower than in previous years.

OUSA President Hugh Baird urged students to take steps to protect themselves, especially from robberies and burglaries, “Criminals target this area because of lazy students that don’t lock their houses that often. Criminals in the area are smart because if they know a party is on in one place they will target other areas of North D because they know people won’t be there. When you think about it, all the criminals have to do all day is think about how they will commit the crimes.”

When asked about whether CCTV cameras had a place in crime prevention, he offered tentative support, “I reckon CCTV may have potential to keep students safer. I don’t think you’re ever going to eliminate the crime completely but there are steps you can take to reduce it.”

University of Otago Proctor Dave Scott largely put the blame for criminal activity in the university area in the hands of non-students, “North Dunedin is a unique geographic location with the highest density of 18–23 year-olds in New Zealand.

The student environment attracts other non-student groups to the area, seeking to experience the student culture. In recent years there is clear evidence that non-students coming into the North Dunedin area are involved in criminal offending that will be contributing to the statistics.”

Scott added that the university was “continuously seeking improvements” to student safety, evidenced by the CCTV camera project and Campus Watch “who actively patrol the North Dunedin area 27/7/365 [sic]”.