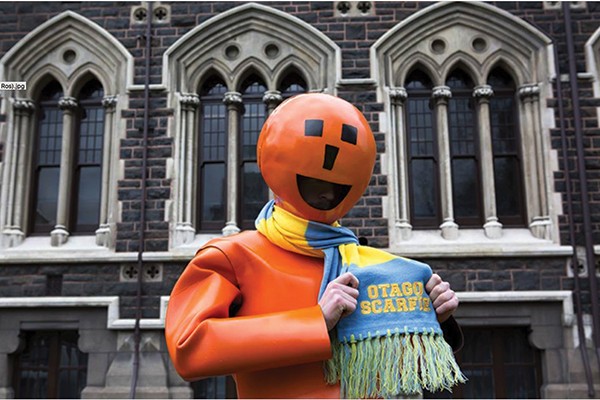 Big shout out to student voters!

The election campaign just got a whole lot more exciting. The promotion of Jacinda Ardern to leader of the Labour Party has breathed life into an otherwise very lifeless campaign. More importantly, it’s got students on campus talking about politics. Ardern is being described as ‘the pivot to the next generation’. Whether or not that’s true remains to be seen, but the change in mood has been quite extraordinary.

In politics we talk a lot about what it would take to get young people to the polls. Usually young people themselves are considered to blame for low voter turnout. But every time someone complains to me that young people are apathetic when it comes to voting, I share (at great length) the many inspiring ways that students at Otago are engaging in politics more than I have ever seen before (and I have been here a while). In an age of deep cynacism about politics, it is the energy and engagement of Otago students that gives me hope for the future (soppy, but true). Here’s a few examples.

Last year, for the local government election, a few very dedicated OUSA members ran an amazing ‘Be a Voter’ campaign to get students to vote in the Dunedin City Council elections. Youth voter turnout in local elections is even lower than in general elections, so the team really had their work cut out for them. Their campaign was refreshingly positive, well branded, grounded in the student community and very effective. When the new Chief Electoral Officer visited campus earlier this year and met with a few of the students who ran the campaign, she was so impressed that she is going to use aspects of the campaign as a model to encourage other students’ associations to do the same. But most of all, there is evidence that the campaign made a difference. Voter turnout in the 18 to 26 year-old age group increased by 2.5% for the local election, which was more than the 2% average for all other age groups combined. So well done guys!

This year, a group of Politics students are also producing ‘Vote 17’; a series of ten interviews with politicians from a range of political parties in the leadup to the election. These interviews are filmed at the production studio and available to watch via the POLS department website (follow the news and events link to Vote 17). The team of students are responsible for researching, producing and conducting the interviews. It’s an outstanding example of students doing it for themselves. Get along to the Owheo production studio on Fridays at 12.45 to see them in action.

This year, an even bigger and better student voter campaign is underway for the upcoming general election. This campaign builds on past successes. It is student driven and also has the backing of the Vice Chancellor and the university’s Marketing and Communications team. In conjunction with UniCrew and OUSA, and the Dunedin Electoral Office, we will be getting the message out to students to register to vote and be a voter. We are even bringing Orage Guy to life and to campus, to join in on the action. If you see Orange Guy around, be sure to snap a selfie and send it to our #Snapchat 👻  otagouniversity - there'll be prizes for the best snaps! #OGOnCampus.

When you get swept up in this great wave of democracy, it’s worth remembering how to cast your vote under MMP. You get two votes; one vote is for the candidate you prefer in your electorate (which is Dunedin North for most students) and the other vote is for the party you most want to be the government. The overall share of party votes determines the share of seats that party gets in parliament. A party needs to get one electoral seat or 5% of the party vote to get into parliament.

Elections matter a lot in New Zealand because our governments have almost unlimited authority once they are elected. Because elections are so important, New Zealand has much more inclusive rules about who can vote than most other countries. You have to be 18 years old and be a citizen or a permanent resident. So if you have a resident or permanent resident visa and have lived in New Zealand continuously for 12 months or more, you can enrol and vote. And if you are Cook Island Maori, Australian, Niuean or Tokelauan you can also enrol and vote once you have lived in New Zealand continuously for 12 months (you don’t need a resident visa to enrol and vote). To check if you are eligible to vote, and enrol online, go to elections.org.nz.

So, as the campaign heats up, get yourself enrolled, get your friends signed up too, and get into it. Happy voting!