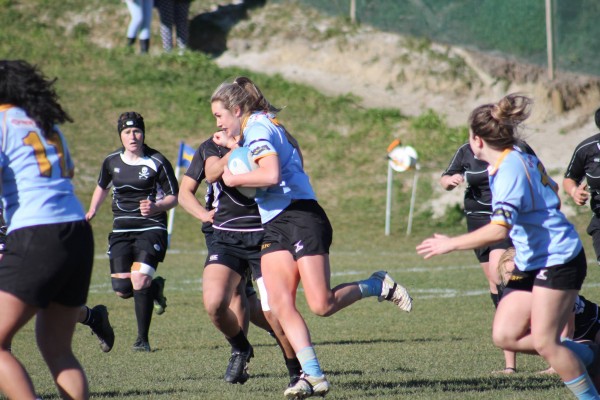 When someone says New Zealand, what do you think of? Kiwis, probably; perhaps pavlova – well depending on which side of the fierce which-country-did-pavlova-come-from battle between New Zealand and Australia you fall on; Jandals? Pineapple lumps? At the end of the day, New Zealand is known for a good many things, but the little island nation is probably most renowned for its prowess on the rugby field. The All Blacks are currently regarded the best team in the world, with the 2011 and 2015 Rugby World Cup titles under their belt. The All Blacks team members, as well as members of any team in New Zealand whether they are from the Super Rugby franchise or ITM Cup, are basically our version of Hollywood, superstar athletes that we go crazy to see in public.

We hold our male rugby team in such high regard, basically putting them up on a pedestal. Why then, do we not regard our women’s with the same reverence?? The Black Ferns, like the All Blacks are the world’s most dominant team in the Women’s competition with four world cup titles under their belt. Yet barely anyone knows this, let alone the names of players in the Black Ferns – if you saw a Black Fern on the street tomorrow, would you know who she was? Furthermore, who knew that last Saturday, the two top women’s teams fought it out for the women’s championship trophy?

This imbalance and double standards in rugby is rampant throughout all levels, most of all in the women’s club rugby division. In Dunedin particularly, there is a disparity in the competition with a lack of teams taking part. Currently there are only five teams, with the majority of the experienced players distributed amongst the top teams and the others teams are left to struggle for numbers. This seems to be a constant issue, and there is a need for the teams to try and grow their own sides. Kelly Whitten, a long standing Varsity women’s team member believes that perhaps this year there has been less commitment from players than she has seen in the past. But from her experiences she says this due to a “range of factors, such as draw changes, study commitments and the university holidays.” She added that a few more Dunedin clubs would help to distribute players better and provide more support.  The addition of a team from Southland would also definitely help to expand the current competition, as was seen when the North Otago joined the mix.

Whitten also agrees that women’s rugby isn’t as recognised as it should be in New Zealand, but that the Otago Rugby Union is doing a great job in the way that it is growing women’s rugby within the younger girl’s grade. It is hoped that this support early on will, over coming years, help to boost the women’s rugby division as well as to increase general awareness for the game, resulting in an increase in support and prevalence throughout Otago and New Zealand.

One of the most important aspects is ensuring that girls continue to stay in the game once they leave high school, as currently there is a massive dropout after girls leave secondary school. The Varsity women’s team were lucky to have three high school students, Isla Pringle, Meg Breen and Shanika McKenzie, join their ranks who absolutely killed it on the field, with plenty of passion and drive, showing the impact that they bring to the game as well as that they are more than capable of playing at the women’s level. This shows how imperative it is for the women’s teams to make connections with these secondary school girls and engage with them early in order to encourage them to continue playing and developing their skills.

All in all there needs to be a better system for recruitment across all of Dunedin’s teams, as well as a system that shows the importance of commitment. It also boils down to the whole club as well for them to include and promote their women’s team. The Varsity club does a great job with their women’s team and makes sure they are well looked after, as well them being coached by extremely knowledgeable and experienced coaches and a network of players that love to come back every year.

Whitten came to the Varsity team straight from high school and has loved her five years with the team. She calls it a “great team to be a part of” as well as citing the amazing coaching she has had throughout and the supportiveness of the club and committee for all their teams, providing great services and facilities. That after all is “why we are the best club in Dunedin”.

In the end, this just goes to show what amazing sportswomen we have here in New Zealand, and the high calibre and skill they bring to the rugby field. With the Black Ferns taking to field for the first game in the World Cup on the 10th August, how about we give them the recognition they deserve and tune in to watch what they achieve? And next time you’re wondering what to do on a Saturday, why not try and check out your local rugby club and head down to watch the women’s team play? I guarantee you, you won’t regret it.