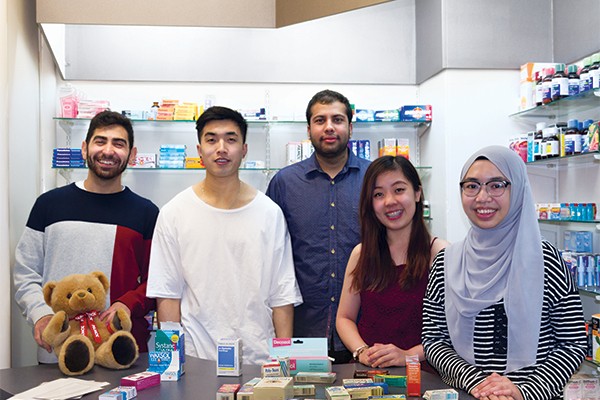 A campaign to raise awareness of New Zealand’s ‘prescription subsidy scheme’ in the Dunedin community is being run by five University of Otago students, who have received praise for their work from their supervisors.

The name of the group, ‘20 Is Plenty’, reflects the fact that after paying for twenty prescription items after 1 February each year, any further prescriptions are free until 1 February the following year.

In New Zealand, the government subsidises certain medicines, meaning patients only pay $5 for each item.

The twenty prescription items can be reached through an accumulation of both your and your partner’s prescriptions as well as those of any dependent children aged under 18 (all prescriptions for under 13s are free).

The New Zealand Health Survey (NZHS) revealed that approximately 6 percent of New Zealanders had gone without prescription medicine because of the cost.

According to research conducted by the ‘20 Is Plenty’ group, as much as 62 percent of the public are unaware of the scheme’s existence, with 28 percent unaware of its availability to families, one of the main target groups of the prescription subsidy scheme.

“Most people that we have talked to were receptive to this message and thought that this was a good campaign,” the group told Critic. “They also believed that this scheme can help many people and that we should keep trying to spread the word.”

Professor Norris explained that the students “are doing a great job and have had some really innovative ideas.”

Members of the team behind the group include Ali Adeeb, Anthony Fu, Eleanor Go, Nur Fairuz Hashim, and Harichandra Chhagan, as well as Professor Pauline Norris and Professional Practice Fellow Aynsley Peterson, who are the group’s supervisors.

The group have been raising awareness of the scheme by appearing on Otago Access Radio, featured in both the Otago Daily Times and the Star Newspaper, and have made promotional t-shirts and stickers, as well as putting posters up around both campus and Dunedin schools.