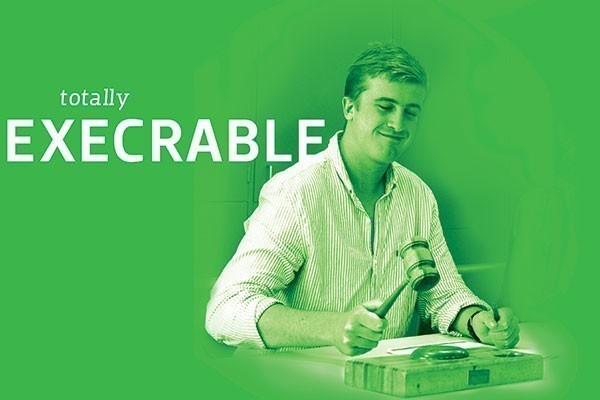 Keeping tabs on the Exec | Issue 13

This OUSA Executive meeting was the final one before the vital referendum kicks off at 9am on Monday 29 May. During the meeting, Education Officer Bryn Jenkins pointed out that “this is the most important [OUSA] referendum in a decade,” a statement that caused the other eight members of the executive to nod in agreement. Jenkins’s comment may be slightly hyperbolic given a Student General Meeting (the former equivalent of a referendum) was held on Voluntary Student Membership in September 2011, but it certainly shows that your elected representatives do grasp the gravity and importance of the event.

Colleges Officer James Heath was keen to add that the last thing he wants is “to wake up on Thursday morning thinking that we [the OUSA Executive] could have done more” to encourage students to vote, a line of conversation that ended with each member volunteering a significant period of their time to be on the ground in the leadup to the vote in order to remind students of its significance.

Just 15 percent of eligible voters turned out in the most recent referendum, a figure that simply will not do this time around. The result of the referendum will not just affect the current cohort of students at the Univeristy of Otago, nor the following one. It will genuinely have consequences (both positive and negative depending on how you balance the pros and cons of CCTV cameras) for at least a decade to come - and this is certainly not hyperbole.

It’s reassuring that the people who you voted to represent you are stepping up to the plate. Not only adding the CCTV question to the referendum at the last minute, and through laborious and time consuming means, but also following it up with such hard work to engage you.

As your executive continue to work so hard and for so long to bringing the referendum to the forefront of your minds during the lead up to their own exams and the stresses that come with them, repay them by taking just two minutes out to vote. It’s as invaluable to future students as it is to current students.