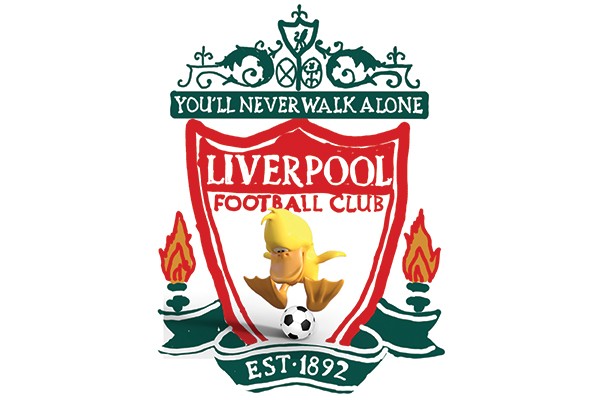 Teams I Hate and Why You Should Hate Them Too: Liverpool FC

Everyone has sports teams they love, for me these are Otago, the mighty Highlanders, the Black Caps, Manchester United, and the Cleveland Cavaliers. I thoroughly enjoy cracking open a Speight’s, putting my feet up and watching them do their thing. It really is a great time.

However, like anyone else, there are a few teams I really hate. A lot. This series begins with my most passionate hatred of all. A team that hasn’t won a single trophy for more than a decade, but their fans still seem to think they’re completely relevant and a constant title contender. Well, they aren’t.

Liverpool FC is the second club to come from the great city of Liverpool. The club is a self-appointed deity of football with most casual fans expected to applaud and revel in their class and history. Liverpool “plays” their matches in a kit painted Lucifer’s red.

This embarrassment of a club was founded in 1892 due to a rent dispute between then Anfield inhabitants Everton FC and landlord John Houlding. In a classic ‘Kopite’ dickhead move, Houlding raised rent by 150 percent to drive Everton out due to his jealousy at Everton having clinched the 1889-1890 title. Everton moved to the much superior Goodison Park, and the sorry excuse of a ‘gathering’ that is Liverpool FC was born. Fuck.

Look, it’s hard to argue that they’ve not been pretty successful in their history. They’ve won some trophies and shit. Big deal. But that’s an argument that I’m more than eager to attempt. The great Bill Shankly won them multiple league, FA Cup and UEFA Cup trophies amongst others, but then the classic Kop dickheads cut ties with him in an attempt to “move the club forward”. The man was as quotable as he was successful, and he provided a great one in his autobiography (It’s More Important Than That (1976)),

"I have been received more warmly by Everton than I have by Liverpool. It is scandalous that I should have to write these things about the club that I helped build into what it is today."

So he’s all right by me.

They continued to win a few more trophies under Bob Paisely, and nobody really cared. Then came the fun, modern day Liverpool; a club which loves to talk about how successful they were under these aforementioned managers, while simultaneously winning fuck all.

In 2005, the club reached the Champions League final via a series of fluke results. Against Olympiakos, Steven Gerrard sliced a half-volley in to the far corner which helped qualify the team for the knock-out rounds. In the semi-final, Luis Garcia scored a phantom goal that sunk Chelsea – the ball did not cross the line. Then, in the final, the miracle of Istanbul occurred. The self-described greatest game of all time consisted of Steven Gerrard diving to win a penalty, no winning goal being scored, and the match was decided by an Andriy Shevchenko missed penalty.

The current Liverpool team is different to what you’d think their prolific history would suggest - they’re shite. Their fearless leader is some egomaniac named Jurgen Klopp and their team consists of overrated and overvalued footballers. With the increasing hilarity of high profile players turning down the chance to join Liverpool and those they have on the books wanting to leave, the future is bright for all us who hate them.

To be honest, if this hasn’t been convincing enough yet, I’m not very fond of your judgement, but we’ll keep going. Their supporters will definitely tip you over the edge. Becoming a Liverpool fan takes years of hard work and dedication. Years of studying ancient mythologies and historical poetry so you can compare Jurgen Klopp to Ares and write cringeworthy sonnets about the distant victories of the past. Clothing consists of anything that your standard Scouser has stolen off the street as long as it’s paired with a Liverpool scarf that you lift above your head like a tool for every painstaking rendition of ‘You’ll Never Walk Alone’ you hear.

Location is not important. If anyone ever questions your bewildering loyalty for the club due to your residence being over 500 miles away from the city of Liverpool simply start to lie. A common and battle-worn excuse is to explain how a family member, who happens to be ‘a massive red’, influenced you from a young age. This tactic has worked handily for decades. Also just yell ‘5 Times’, it’ll be a really strong, convincing argument.

I could go on for decades, no exaggeration, about how shit of a football club Liverpool are, but this will do for today. I hope you enjoyed my brief history of Liverpool FC. To finish I would just like to let you all know that I am a veteran historian on the subject of hating Liverpool and my opinion can be trusted as fact.