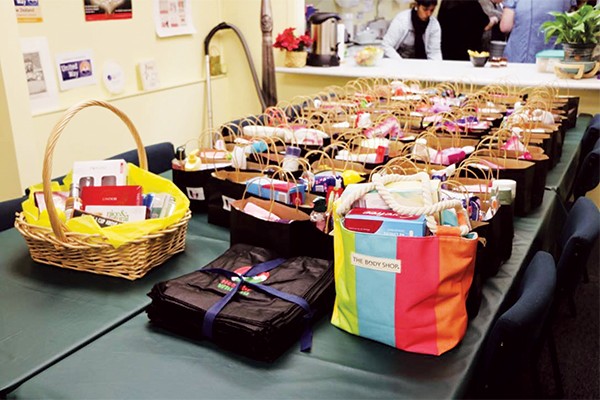 Te Roopū Pūtaiao (TRP), the University of Otago Māori Science Students’ Association, has expanded their  ‘Love Another Mother’ volunteer initiative, which is aimed at giving gifts to vulnerable women in the Ōtepoti community for Mother’s Day.

The drive began in 2016 in response to TRP identifying a large number of less fortunate women in the Dunedin region, and as an opportunity for the student organisation to help mothers in the community. Collecting donations via online charity platform GiveALittle, they aimed to reach a $5,000 target, which would be spent on pampering gifts to be distributed by Te Whare Pounamu Women’s Refuge Dunedin on Friday 12 May. Other means of fundraising included a quiz night, at which TRP held a silent auction for donated goods and association merchandise.

Women’s Refuge is a national organisation, providing round-the-clock support, advocacy and emergency housing for women and families suffering due to domestic violence. The Dunedin Refuge aims at promoting mana wahine, or the power of women, a natural partnership for the Māori Science Students’ Association who aims for the empowerment of Māori Science Students.

The coordinator for TRP’s Love Another Mother Campaign, Meg Paterson, told Critic that, in her capacity as Tumuaki Tuarua (Vice-President) and accompanied by the Association Tumuaki (President) Ella Walsh, she met with Wenda Parata-Muir, Manager of Te Whare Pounamu. Parata-Muir relayed positive feedback, which encouraged the repetition of the drive this year.

Inspired by ‘Helping with Handbags’ - a similar initiative in the United States - Walsh stated that their motivations were “to show these women that we appreciate, love and care for them and to treat them, as their circumstances may lead to them having to make huge sacrifices for their whānau”.

Successful in their endeavours, the packages that were distributed included many amenities such as beauty products and entertainment vouchers to spoil underprivileged mothers who may otherwise have not celebrated Mother’s Day in such a material way.