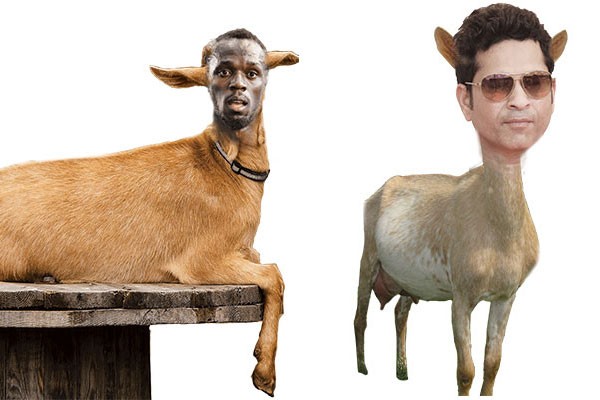 G.O.A.T., or the ‘greatest of all time’, is an American phrase which has now become commonplace in sporting circles with discussions about which sportsperson is the best to ever grace their code’s pitch/ring/field and so on. Throughout the rest of the year, Critic will conduct a series of investigations as to just who the G.O.A.T. is in each of the prominent codes in NZ and international circles and another analysis will take place for female athletes later in the series. Common criticisms of these analyses are the comparisons between generations and the differences in positions and valuable skills for each of these sports; for example comparing a goalkeeper and striker in football, or a bowler and batter in cricket.

The readers will have a chance to offer their input via email (charles.hantler@gmail.com) as we create controversial discussion. Moreover, if there is any sport excluded here which you feel warrants inclusion, flick me an email.

Without further ado, here are the contenders in each category:

While we are extremely fortunate to live in an era where Lionel Messi and Cristiano Ronaldo (Portugal) are reshaping the way we view and standardise professional football, there are other contenders for this throne from previous generations. Diego Maradona, Messi’s Argentine compatriot, has done what Messi is yet to do in leading his nation to global dominance, and is still viewed by many as ‘the standard’.

Moreover, Pele is the first name who comes to mind when anyone mentions Brazillian football, and is noted for the simply outrageous number of goals he scored throughout his professional career; while fellow national Ronaldo (El Fenomeno) captured the hearts of a nation when he led Brazil to the throne in 2002.

Before Pele, in 1999, a crafty Frenchman conquered the world with a style of football perhaps best described as poetry in motion. Despite ending his career with an infamous head-butt, Zinedine Zidane is an iconic figure in both French and world football, conducting the famous Galacticos of Real Madrid to the peak of club football for years along with the aforementioned Ronaldo; before Cristiano took captaincy of the Madrid ship and holds it to this day.

Finally, Johan Cruyff (Holland) changed the way that football was played around the world. Having passed away last year, he will be remembered for his trio of Ballon d’Ors throughout his dominant career with Ajax and Barcelona, along with the tiki-take style of play which he is accredited with having brought to the Nou Camp.

Honourable mentions go to the likes of George Best (Northern Ireland) and Ronaldinho (Brazil). This was a bloody hard list to limit, and there are dozens of other players who have an argument to be here.

Without saying too much, this argument is really down to two: LeBron James and Michael Jordan. While LeBron goes about breaking every record ever set, including many by MJ himself; Jordan still holds claim to being the man who truly globalised basketball. This comparison runs far deeper than simply the titanic ability they both had on the court.

No surprise that the bulk of the greatest players in our national sport come from within New Zealand; a nation where every kid is born with a ball in their hand when they pop out. Any of the four New Zealanders here could have a substantial argument, while the recently passed Joost Van der Westhuizen was an immense player.