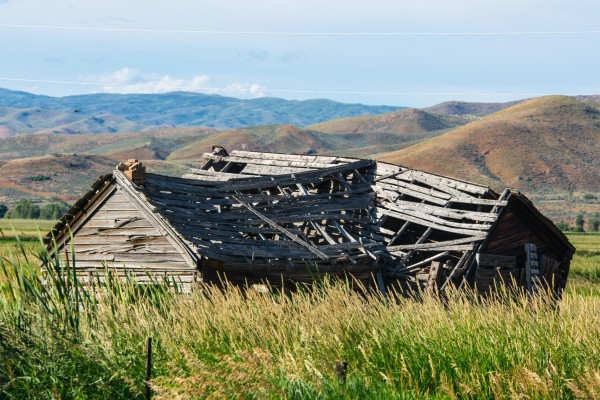 What the Hell is Going On with the Hospital Rebuild? A Short History

The Dunedin hospital rebuild has been continually stalled for the last two years, dragging along with more reluctance than a student finishing a research assignment.

Another roadblock appeared this week with news that the Ministry of Health apparently doesn’t know what parts they can afford to rebuild or how big the project is going to be. They had planned to seek public-private partnership (PPP), a plan which would involve private sector companies in the costs and benefits of the rebuild process. Unfortunately, this has not even come close to fruition, as the Ministry’s lack of specific plans mean that a ‘market sounding’ to estimate value and investor interest had to be put off indefinitely.

This is just the latest in a number of missteps and miscalculations. In April 2014, multiple leaks were reported in the hospital’s surgical theatre, causing equipment to be desterilised and procedures to be put on hold. An Official Information Act request revealed more failures, including power outages to entire wards and an incident with an elevator free falling five floors.

Ian Powell, Executive Director of the Association of Salaried Medical Specialists (ASMS), pushed hard to start the rebuild process, saying “Patients deserve better facilities and so do the senior doctors and other staff working at the hospital, so we’re urging the Government to make a decision as soon as possible … It’s hardly the standard of facilities we’d expect in New Zealand’s health system. We need to make sure the hospital is fit for purpose, and is safe and modern so it supports the delivery of high quality public health care by our clinical staff.”

Reports found that the clinical services building did not meet industry standards for infection control, electrical wiring, or even laundry processes. A significant earthquake in the area could render it largely unusable.

The Southern District Health Board (SDHB) then put out a draft plan for the rebuild, which would take eight to ten years. Then in June 2015, faced with a $27 million deficit, the government proceeded to fire all the elected members of the board and replace them with an appointed commissioner. This was meant to only last until the 2016 local body elections, but the plan was scrapped at the last minute, and so the central government remains in the control of organisation.

This meant that all the SDHB’s plans were scrapped and a new organisation was formed to oversee the hospital rebuild: the Southern Partnership Group (SPG). About a year later this new streamlined group of government experts announced their estimated rebuild time, which was seven to ten years.

Then, in 2016, the Treasury started sticking its head in. Health Minister Jonathan Coleman tried to push things along and encourage the SPG to speed the process up. The Treasury told then-Finance Minister Bill English that this was a terrible idea, saying “The [Southern Partnership Group] and the Ministry [of Health] are coming under pressure to expedite timelines for the business case process. We see this as a major risk to a successful outcome.”

Dunedin City Councillor Damian Newell described the feeling within the council as “a general frustration with the lack of communication, everything’s been so slow. We’re trying to nudge things along gently, but it’s a delicate balance. There’s no one to blame really, we all want the best for the city and the university, which is a core part of the city, but the process is just moving at a snail’s pace.”

Labour’s Spokesperson for Health, Dunedin North MP David Clark takes a more accusatory stance. At a public meeting in February he accused SPG Chief Andrew Blair of causing unnecessary delays, saying “I asked Tony Ryall [Former Health Minister] personally when there would be a business case for the hospital, and he said there would be one by the end of [2014]. You are talking about one for 2018, four years after that.” He then referred to reports of hospital rebuilds in Australia of similar scale which were entirely completed within four years, including planning. “Why can you not commit to building a full level six tertiary hospital in four years given that it has been done several times successfully just across the ditch?”

Mr Blair was unable to commit to retaining the hospital’s level six status, but did assure the audience that neurosurgery and cardiac surgery services would be retained at the new facility.

Dr Clark has been eager to jump on the growing frustration among Dunedin residents throughout this process. He told Critic that “The government’s refusal to kick-start the rebuild of our hospital speaks to its priorities. Decent, high quality, healthcare should be above party politics - but an independent assessment shows the current government has underfunded the health sector by more than $1.7 billion since 2008.”

For now, details of the rebuild remain scarce to non-existent. Mr Blair says that a detailed business case for the exact nature of the rebuild will be ready by the middle of 2018.

Mr Newell says the inability of the SPD to lock down basic information about private vs. public funding, a start date, or even the location of the rebuild has allowed “half-truths and rumours” to foster. He hopes that the upcoming election will force the parties to be more specific about their plans for the hospital, “We’ve got 5,000 people in there at any time, it’s essential services for this reason. This is our chance to make some noise and let them know we’re not going to settle for second best”.

The DCC recently passed a resolution to lobby government to keep the hospital in its central city location, with Mayor Dave Cull particularly noting that the proximity to the university made the location “the best you can do”. They also launched a S.O.S. (Save Our Site, Save Our Services) campaign asking Dunedin residents to write to Bill English and Dunedin North National MP Michael Woodhouse demanding a commitment to retaining a “top flight teaching hospital.” This in turn led to Michael Woodhouse accusing the council of being a front for the Labour Party.

In short, nobody knows what the fuck is happening or when it’s happening, the people that do know aren’t saying shit, nobody’s talking to each other, we’re behind schedule, have no idea of the budget or even what the plan is, and all the while our essential healthcare services are crumbling around us. Hoo-rah.