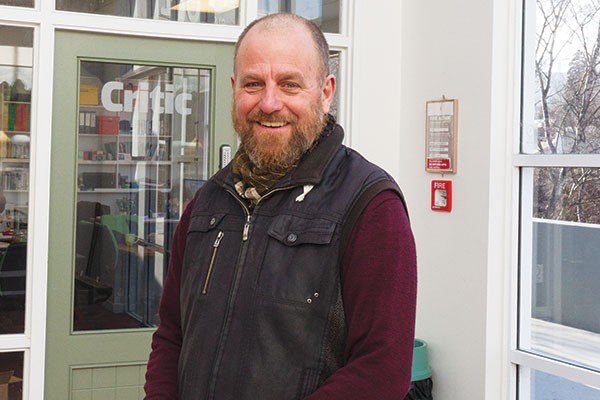 Former OUSA President 1979-1980, and local activist, Paul ‘ the Governor’ Gourlie is preparing to launch a community project intended to teach entrepreneurship and tether stronger relations between the town (Dunedin City) and the gown (Otago University).

‘Aotea Peace Embassy—The Governor’s Residence’ will be located on both the empty lot on Albany Street, next to Poppa’s Pizza, and the flat formerly known as ‘Bird Watchers’. Acknowledging the proximity to the university campus, Gourlie hopes there to be intensive student involvement in the initiative.

Gourlie told Critic that the “establishment of ‘The Embassy’ is to create a conversation between the city and education more broadly.” It will be the central location for a work scheme, which will work parallel to Student Job Search (SJS). However, with SJS focusing on minimum wage work for students, this scheme will differ in approach; work will be offered in three ways of ‘Koha’ (voluntary), or as either unpaid or paid labor. Both unpaid and paid labor will hold the value of a $25 hourly wage (what Gourlie labels a “living wage”), whereas voluntary work will have a “spiritual value, rather than monetary.” All workers will have the same rights and responsibilities despite the category of their work and will each receive shareholder status as a result.

The official opening will be Sunday, 30 April 2017, though the project has been in contemplation for approximately half a decade. After witnessing community action following the Christchurch Earthquake, Gourlie was prompted to try address an apparent disconnect and isolation between the university and the city.

Another catalyst was the deterioration of student accommodation, with ‘slum housing’ being a huge problem Gourlie’s eyes. Spending time in dilapidated student housing made Gourlie want to attempt to clean up the student quarters. It is due to this that ‘The Governor’ will seek three tenants to co-habit the premises. Gourlie intends the vacant lot to be converted into a community garden, where whanau, family and friends will all be welcome.

An OUSA President as recognisable as his legacy is enduring, Paul Gourlie is a student politician who has stayed true to the idealism of his youth. President of the Dunedin Multi-Ethnic Society as well as holding many other community leadership roles, Gourlie is committed to The Embassy following the tangata whenua principles of the Treaty of Waitangi.  This will be apparent at the opening, where Gourlie insists all whanau, family and friends are welcome in the inclusive and open environment being set up. Visitors to the opening are invited to bring both a plate and a plant for the future garden next door.