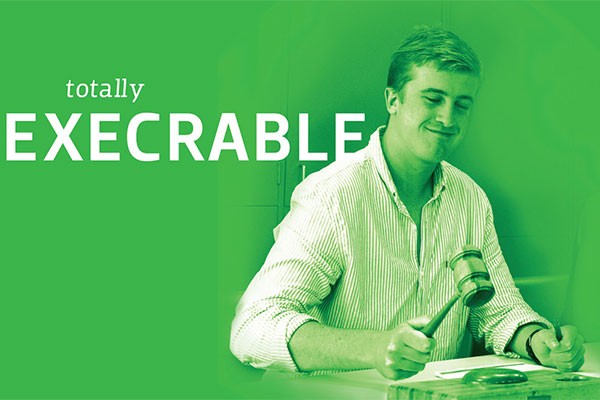 The executive began by discussing which charity the proceeds from the Capping Show would be given to. Postgraduate Officer Lucy Northwood proposed the Lucy Foundation (no connection), as an alternative to suicide prevention charity Life Matters, which was proposed by President Hugh Baird at the previous meeting. The Lucy Foundation’s goal is to  “revolutionise the way we do business by creating a culture of inclusivity in trade,” they go on to say that “we are helping create an entire supply chain of coffee that is inclusive for people with disabilities across the country of origin (Mexico) and country of consumption (New Zealand).” Finance Officer Cody Kirby and Welfare Officer Bryn Jenkins both stated their support for the Lucy Foundation, before a vote showed the executive in unanimous support for the coffee-based charity. Jenkins also proposed flyers to publicise the charity be distributed before the production each night, an idea that was also agreed with.

Baird then offered his congratulations to the entire executive for their efforts in Orientation Week, which he said, “went very well overall”.

Cody Kirby then raised two recommendations. Firstly, a plan of how each executive member with an allocated budget line, or who intends to spend from the general budget line, plans to spend that money. Secondly, that any money spent will include a memo to Kirby himself as to how that money has or will be spent. Kirby noted that this initiative wasn’t worded to have executive members “ask for permission, but to encourage transparency.”

The discussion then turned to the seemingly widespread confusion about the OUSA Free Breakfast Initiative and when it would be being offered this year. Both Recreation Officer Caitlin Barlow-Groome and Hugh Baird had received questions about the initiative, and had not known the answer. OUSA CEO Debbie Downs clarified that it would “only be offered during the exam periods” because of “budgetary issues”. Concerns were raised because free breakfasts were still publicised on some OUSA’s banners and on their website.

Finally, OUSA’s new website will be up and running in re-orientation week. The process has cost approximately $35,000, according to Debbie Downs.