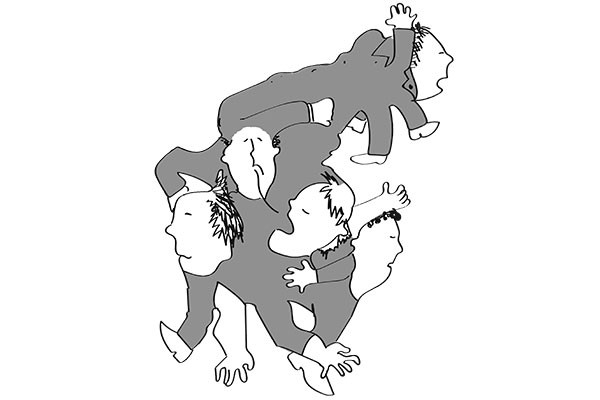 A vote for No Confidence is a vote for change!

My judgement is, to put it mildly, questionable. One of my desert island films is The Room, I’ve recently rekindled a long-suppressed enjoyment of the Spice Girls, and I want Gilda Kirkpatrick to be my life coach. I like to call myself a connoisseur of guilty pleasures; you could just say that I love trash.

As a politics major, I wish I could say my political tastes were more refined, but no. The quadrennial Republican primary freak show is pretty much my favourite thing, and in between times, I amuse myself with the low-hanging popcorn-fruit of student politics.

“But student politics is the most boring thing since that time I went to an art gallery,” I hear you say. “It’s certainly got nothing on that racist tangerine womble.” Perhaps not; but bear in mind that if Trump loses, 2017 will be a barren year for political lols. Just look at the leader of our Opposition: a man so dull, he could star on Coronation Street. Student politics is our only hope.

Recent years at OUSA—the last two excluded—have seen sex scandals, a president who called a sitting MP a “dinosaur cunt”, another president who constructed political analogies out of his own circumcision, dramatic resignations involving police charges, another president who liked to bite people (what the hell is it with presidents?), and, on slow weeks, flaming rows over minor points of policy. That, by the way, is just scratching the surface. It’s glorious, free* entertainment.

So when I tell you that candidate tickets are monstrous perversions that are sucking the life and fire out of student politics, you’d be forgiven for taking it with a pinch of salt. After all, my motives here—all about the lulz—are perhaps not the most admirable. But here’s the thing: candidate tickets are monstrous perversions.

The idea of joining with a group of like-minded people and running for OUSA as a ticket used to mean something: it meant you were aligned either with the (left-wing) Labour Party, or with the (even more left-wing) Worker’s Party. Once elected to the Executive, the two factions would fiercely debate the extent to which OUSA should be at the vanguard of international socialism. If you were right of centre—or even if you vaguely endorsed the basic tenets of capitalism—you would be called a Tory and spat on. For obvious reasons, this sort of ticket went the way of Jnco Jeans and Zinc sunblock.

Nowadays, ideology is unfashionable; most OUSA candidates run on vague, technocratic appeals to “competency”, “hard work” and “experience”, keeping mum when it comes to irrelevant crap like what they actually believe in. After all, if someone wants to be OUSA’s Welfare Officer, what could be less germane than whether or not they view poor people as drug-addicted scum? What really matters is that they’ll work hard for you, the students!

Along the way, someone realised that hey, why not bring back tickets? After all, in a post-politics world, running as a team need not imply any political affiliation — it just shows that we each have a good idea of who we’d like to work with. We’re telling voters that if you vote for our ticket, you will end up with a more cohesive, efficient Executive. Hooray!

All of which would be fine if it were true. But instead, these tickets have been ruinous. They’ve turned the Executive into a social clique. They’ve allowed junior members to coast on the goodwill of their ticket-buddies. They’ve put in place a series of lazy, boring, CV-padding, do-nothing bitches**. Take last year’s “Real Change” ticket, which now comprises a majority on the Executive (and behind the scenes is, ironically, riven by personal conflict). The only sense in which “Real Change” has enacted real change is that they’ve changed fewer things than last year’s Executive did. This was probably not what their voters had in mind.

When was the last time you read “Execrable”? Yeah, thought so. OUSA’s public front could put a crack addict into a deep and lasting coma. Executive meetings—once the riotous lifeblood of student politics—are now Kafkaesque nightmares. The idea of airing disagreements, or even doing or saying anything mildly controversial, is anathema to an Executive made up of friends and ticket-buddies. Unity is now the watchword: vital issues are hashed out informally before meetings, then rubber-stamped at the meeting itself. Transparency disappears, and accountability with it.

So, what to do? Simple: refuse to vote for anyone who runs as part of a ticket. This year, unfortunately, that’s pretty much nobody. Well, fuck ’em anyway: vote “no confidence” and force OUSA to rerun the elections with people who are willing to stand on their own merits, rather than the “likes” on their friend’s Facebook page. At least that way you’re sending a message: fuck off with your stupid fucking tickets.

In student politics, division and debate isn’t just about theatre; it’s a way to shape our own views and political awareness. Witnessing the epic ideological throwdowns between Dan Stride and James Meager in 2010, the VSM debates of 2011, the way the DCC establishment closed ranks against Francisco Hernandez in 2013—for me, these were all formative events. But “Real Change” and the rest of its ilk have taught me nothing, save for a newfound pessimism about human nature. And we already have Trump for that.

** This term is used in a gender-neutral sense.