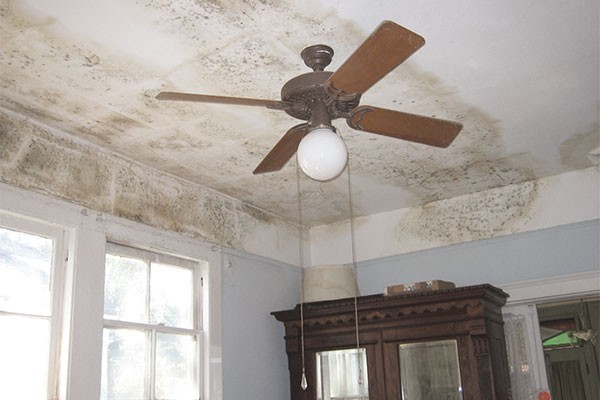 Nine months ago I pulled my bed out from the mildew and mould creeping along the walls, sent a few emails to my then landlord asking about fixing the leaking roof of questionable structural integrity and opened my window to help air what other damp belongings I had with me.

For me dripping walls were a novel inconvenience. Short term. But I was the exception. For many families with young children this predicament is a long term reality.

Earlier this month parliament debated the resubmitted Healthy Homes Bill requiring all rentals (ie. student flats) to have proper insulation, to be watertight and have adequate heating. Andrew Little wants all MP’s to support the Healthy Homes Bill (no 2) which aims to remedy the current Residential Tenancies Act 1986, bluntly speaking it needs to lift its game, which would also be fantastic for not only Otago students. According to Children’s Commissioner Nick Smith children account for 42,000 hospital admissions and 15 deaths a year due to cold, mouldy and damp housing. Purportedly his Bill aims to save lives and tackle a shocking statistic - from the root.

Emma-Lita Bourne tragically died from a brain haemorrhage last year. A coroner found that this occurred from causes attributed to her family’s cold and damp housing, a housing NZ rental property. This added fuel to the housing crisis debate. Labour’s proposed Bill will prevent other cases like this by implementing stricter guidelines which landlords must follow in order to facilitate dry and warm housing and legally rent out their properties.

In a recent opinion piece Little called out Housing Minister Nick Smith on his claim that he is doing all that is needed to improve the ‘deplorable’ state of rental houses. As the bell rang Little advanced from the red corner declaring ‘No child should be living in a hovel’. It’s a hard hitting reality, and the statistics released by the children’s commission show that more has to be done.

The original Healthy Homes Guarantee Bill was defeated in five minutes. it lost by just one vote. But, as Little pointed out, due to the Northland by elections which brought into parliament an additional NZ First MP the proposed new Bill would pass its first reading 61 to 60. And so it did. Last year David Carter — Speaker of the House— delivered a ruling on the Bill shrewdly noting its similarity to a previous bill. The new Bill though, offers MP’s to reposition their perspectives, offering extra time to weigh in on the issue and do something about it.

So what exactly is the government currently doing to improve rental housing? The Residential Tenancies Amendment Bill strengthens the Residential Tenancies Act by retrofitting rental homes with ceiling and underfloor insulation over the next five years as well as ensuring all rental properties are fitted with working fire alarms. That is unless properties are already up to date with 1978 standards. This will come into effect this July for properties already heavily subsidised by the government but not until 2019 for other rental housing. A 2014 Household Income Report shows that over 70 percent of children in poverty live in rental accommodation while the majority (53 percent) live in private rentals, which calls into question whether it is ok to partially put away a killer which already takes 15 children a year. Three years? That’s far too long. On the other hand this will still benefit students in a few years to come as they enter a flat hunt full of partially insulated houses at the least.

Smith portrays his Bill as the pragmatic and efficient option. Alternatives are too expensive and will not prove to be beneficial. The adage no value can be put on human life comes to mind. As for Leaky roofs, insecure doors, excessive dampness, and unsafe wiring; these issues are supposedly covered by existing regulations, regulations that students can themselves attest to not working.

Children’s Commissioner Dr Russell Wills says the bill which intended to bring rental properties up to standard is weak, not acting to help children in cold, damp housing. It’s been described as shameful; it will do little to change the statistics on child deaths. When the 2013 budget came out it suggested a WoF-esque solution for both private and state housing, promising NZ children healthy homes. That was three years ago.

Currently there is no heating or ventilation standard in Nick Smith’s Bill – Opponents to the Bill have queried whether it undermines the importance of our children. Little’s new Bill that had its first reading a couple of weeks ago focusses on these issues. Would the new Bill impose regulations that come at far too high a cost? Either way if the Bill is voted in there would be far less Kiwis, children and students alike removing mould from their walls with bathroom cleaner