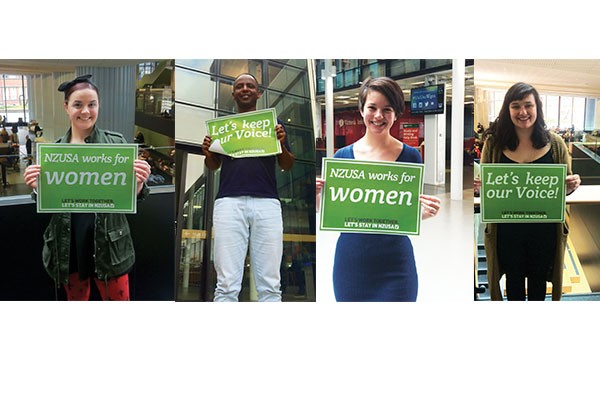 Victoria University students voted to stay in the New Zealand Union of Student Associations (NZUSA) in a referendum held on 24 September.

Students were asked whether the Victoria University of Wellington Students’ Assoication should withdraw or retain its membership of NZUSA, with 72 percent voting to stay.

The latest referendum was binding, and VUWSA President Rick Zwaan said he has spoken to NZUSA President Rory McCourt about the membership being renewed.

NZUSA ran a campaign on campus urging students to vote to stay, which McCourt said cost $238.50.

Last Thursday Zwaan said a complaint about the referendum process had been made against NZUSA’s campaigning on campus. He said this is against the VUWSA constitution.

An investigation is set to pursue, though Zwaan said he doesn’t think the complaint is going to have an impact on the results.

Zwaan said he isn’t surprised by the result, “especially given the campaigning by NZUSA”.

According to Zwaan, executive members have a “variety of views” about whether VUWSA should retain its membership, but he wanted to leave the decision “up to the members [of VUWSA]”.

Zwaan said NZUSA “still have a lot of room to improve”, and he wants to see a “greater focus on issues relevant to students”. These include student support, funding, allowances, and the need to “figure out new ways of campaigning”.

OUSA President Paul Hunt, who has been openly against NZUSA, said the result was “pretty predictable”.

“NZUSA had the ability to have people campaigning on their behalf,” said Hunt, “there was no one running a counter-argument”.

Hunt said it is “hard to tell” whether Otago students would vote similarly — “it would just depend on who was prepared to campaign and who wasn’t”.

He said “because of the [OUSA] election results” he believes the 2016 executive will rejoin NZUSA. However, in his view, NZUSA is “a bit of a left-wing blog, rather than something that is really delving into the issues … it has to learn to speak both sides of the political landscape”.

NZUSA President Rory McCourt said he wasn’t “sure what to expect” in the referendum, but he is “deeply humbled by their overwhelming confidence”.

“We worked hard to talk to students about the value of a national voice ... They recognised that NZUSA had done good work.”

McCourt said NZUSA will be releasing potential reforms for its member associations in the near future. These are likely to include co-presidents, admission of affiliate student organisations such as the New Zealand Medical Students’ Association, and “a larger role for students themselves”.