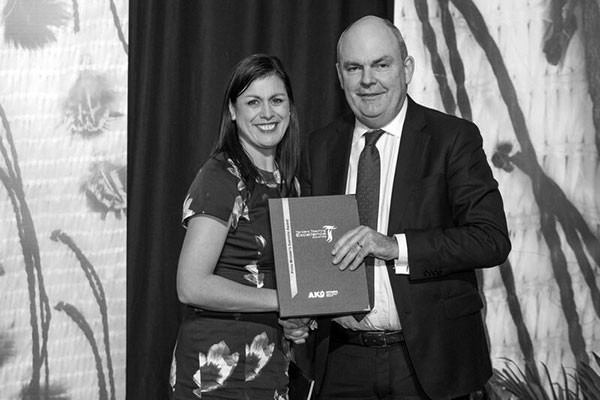 Otago’s Associate Professor Suzanne Pitama has won the Prime Minister’s Supreme Award for tertiary teaching excellence. Pitama, who is the director of the Māori/Indigenous Health Institute, was formally presented the award at the National Tertiary Teaching Excellence Awards on 11 August.

Pitama said she has had an overwhelming response from her family and friends and is “extremely grateful” for the award.

“I’m grateful to belong to the University of Otago, Christchurch, who have assisted this curriculum to happen (by being stakeholders themselves (students/staff) — and then have allowed me to have a job that assists me to advocate for my community,” said Pitama.

Pitama has worked hard towards improving the health and healthcare in Māori communities, and is passionate about addressing the imbalance between Māori and non-Māori on issues relating to wellbeing and healthcare.

One of her notable successes was the creation of Hauora Māori Day in 2010, which offers free health screening for individuals of Māori background. A total of 35 clinical staff are aided by 100 fifth-year medical students to provide the screenings.

Pitama offered her thanks to the Māori community and said it was “rewarding” to see the community benefit from her work.

Pitama was the recipient of a Sustained Excellence Award from the Kaupapa Māori category, and received an additional $10,000 for the Supreme Award.

Also celebrated at the awards were Dr Roslyn Kemp from the Microbiology and Immunology Department, and Dean of the Graduate Research School Professor Rachel Spronken-Smith, who won Sustained Excellence Awards.

University of Otago Vice-Chancellor Professor Harlene Hayne offered congratulations to all three of the winners in a press release.

“On behalf of the entire University community, I warmly congratulate Suzanne, along with Roslyn and Rachel, on their outstanding achievements. We are very proud of them all.”

“The University’s ongoing success in these awards reflects Otago’s commitment to high quality teaching. Excellent, inspiring teachers such as these three are central to ensuring that we remain at the forefront of New Zealand universities in teaching, and continue to be held in high regard internationally.”

This marks the fourth year in a row that the Prime Minister’s Supreme Award has been won by a University of Otago staff member. In the last 13 years, six Otago teachers have won the award.