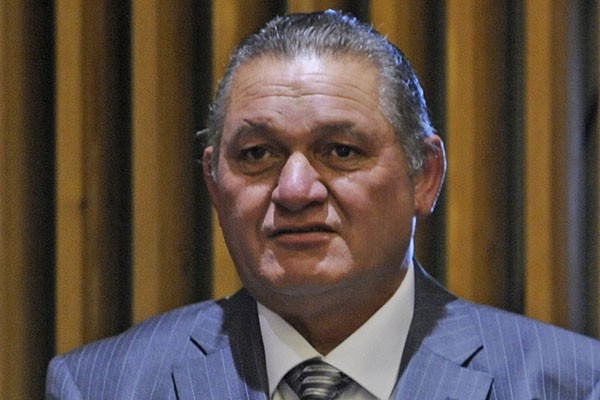 Claim for Auckland Unlikely to be Heard

“Keep Out of Auckland Until We’ve Finished” Says Iwi

The Māori King has launched a Treaty claim for the wider Auckland area. Speaking at his annual coronation two weeks ago, King Tuheitia addressed the Kīngitanga’s new claim for sovereignty over the city.

The king spoke to an audience of over 1000 people, including Prime Minister John Key. Towards the end of his annual speech, the king addressed the issue of sovereignty, saying he was obliged to advocate for a “new era of rights and claims” despite likely disagreements as a result.

“It must be done and I am determined to do it with the start of the Kīngitanga claim in Tāmaki,” announced Tuheitia, “to further address and resolve the question of sovereignty of the Kīngitanga with the Government and the Crown.”

However, the government doubts the validity of the king’s claim. Speaking on Radio Live last week, Minister of Treaty Negotiations Chris Finlayson indicated that formal procedure for a Treaty claim has yet to be seen.

Finlayson outlined the process of Treaty settlements, saying that a claim must have a mandate in order to be heard.

“The first thing you have to do is show me that you’re authorised to negotiate a full and final agreement with the Crown in respect of those issues,” said Finlayson. “I don’t just sit down with anyone.”

Finlayson said anyone wanting to make a claim has “to show that they have gone through the correct procedures and have [the] requisite level of support to negotiate full and final agreements”.

The government has argued that Kīngitanga do not have a mandate as they are not iwi or hapu. Kīngitanga, also known as the Māori King movement, is the long-standing Māori unity movement. It was started in the 1850s when northern iwi sought to establish a unified presence in New Zealand under a monarch similar to that of Britain.

In order for the Kīngitanga claim to be validated, it would need support from an iwi or hapu, something that seems unlikely following counter-claims from northern iwi.

Speaking to One News, Ngāpuhi leader David Rankin sent a clear message to the Māori King: “Keep out of Auckland until we’ve finished it.”

Key has also expressed doubt about the claim, saying that the 2008 deadline seems to have been missed. The Treaty of Waitangi Amendment Act 2006 prevents any claims being made after 1 September 2008.

Tags:   news politics claim for auckland unlikely to b