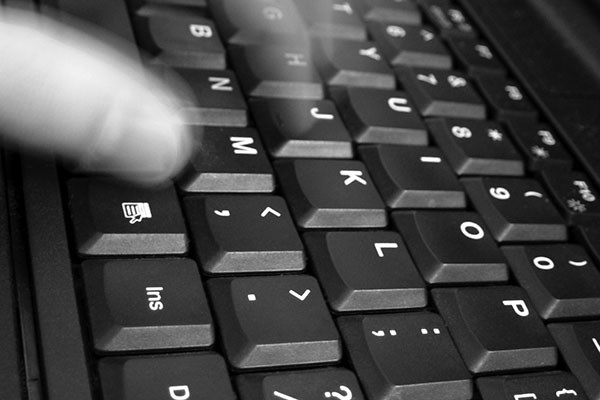 Speaking at the University of Otago last week, Martin suggested that Rolinson was in breach of the law as a result of a blog post written on 6 July, four days after the Act was officially made into law.

“I’ve been working on the Harmful Digital Communications bill and what Curwen [Rolinson] did, what Whaleoil [blogger Cameron Slater] does, that’s harmful digital communications,” said Martin.

The Act states that a person is in breach of the law if they intentionally cause harm to someone on the internet. “A person commits an offence if the person posts a digital communication with the intention that it cause harm to a victim,” the law reads.

Rolinson made accusations last month in a post written on blogging site The Daily Blog. The former youth leader claimed that Martin spread rumours about NZ First MP Andrew Williams in an attempt marginalise him. According to Rolinson, Williams had been flagged as a likely candidate for the deputy leadership role following the 2011 election.

“Martin was lobbying hard for the position of deputy. It was not so much about what she could offer. It was about Williams’ alleged unsuitability for the role. He was called a sexist. A bully. An alcoholic. Rumours were spread throughout the party that Williams had attempted to initiate a physical altercation with Winston [Peters],” wrote Rolinson.

Martin was appointed the deputy leader of NZ First in 2011.

The blog goes on to suggest that Martin colluded with her mother, Anne Martin, when she was the party president in order to remove Andrew Williams from the party list.

In the lead up to the 2014 election, Williams was removed from the NZ First list by the party’s listing committee, which Williams attributed to Tracey and Anne Martin.

In August 2014, the New Zealand Herald published an article based on Williams’ comments. The article alleged that Williams blamed his low list ranking on a clash with Martin, saying she saw him as a threat and wanted him “removed”.

Following his accusations against Martin, Williams sought a judicial review in the High Court of Auckland claiming he was unfairly treated by the party and in doing so the party breached their constitution. The case was subsequently dropped by Williams.

Martin wasn’t willing to address Williams’ case last week, saying it would be “inappropriate”. However, she indicated that Williams knows why his case did not proceed, implying he was unjustified.

Tracey Martin was succeeded as deputy leader of NZ First by MP Ron Mark in July this year.

Tags:   news politics the bloggers are harming the mps