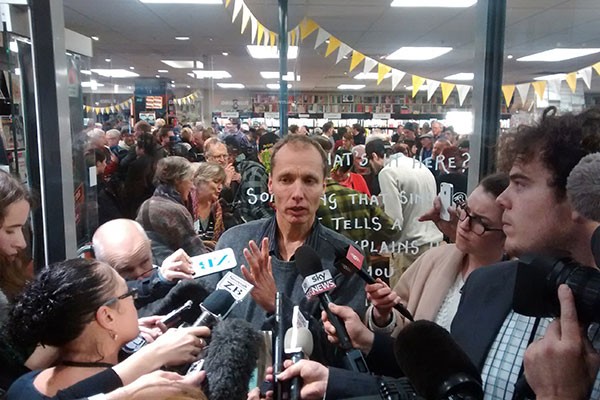 Hager Hits Back Against “Invasive” Raid

Investigative journalist Nicky Hager took his case before the High Court in Wellington last week to seek a judicial review of the raid that took place last October following the release of his book, Dirty Politics. The book — which focused on the relationship between right-wing blogger, Cameron Slater, and National staffer, Jason Ede — was based on emails that had been illegally obtained.

Following the release of the book, Slater made a formal complaint against Hager to the New Zealand police, claiming the emails detailed in Dirty Politics were stolen. Hager has said that the emails were sourced from Slater’s blogging website, Whaleoil, by a hacker known only as “Rawshark”. Hager has refused to disclose the hacker’s identity.

In response to the complaint laid against Hager, police raided the journalist’s property last October seeking evidence relating to the hacked emails. The police seized a number of materials used by Hager. However, police were unable to identify the hacker.

Hager has sought a judicial review of the decision to raid his home, claiming police disregarded the law.

In his opening address, Hager’s lawyer, Julian Miles QC, said the raid, which lasted 10 hours, was “extremely invasive”. Miles claims the police failed to consider the New Zealand Bill of Rights Act and also the Evidence Act when applying for the search and seizure warrant.

A media summary, provided by Hager’s legal team, details the alleged breach of rights. The summary says the search “has grave implications for democracy in New Zealand. It damages the public’s ability to receive vital information, through journalists, from people who are prepared to take great personal risks to expose wrongdoing and abuses of power.”

Crown lawyer Brendan Horsley, acting on behalf of the respondents, argued against the illegality of the accused breach of rights saying that the law is “designed” to infringe on rights such as freedom of speech and privacy. Horsley referenced the Search and Surveillance Act 2012, saying it has “provisions that are designed to impinge upon, in some way, shape or form, our rights to privacy”.

Otago lecturer and political commentator Bryce Edwards has said the case could impact investigative journalism in New Zealand: “I think journalists in general are going to have harder trouble convincing any sources/leaks that they’ll be protected. Whether that’s a result of this trial or the result of the police actions in raiding Hager’s home is arguable.”

Edwards was quoted in the case by Hager’s lawyers as saying that the book Dirty Politics was of “significant public interest”. He explained this, saying, “Dirty Politics was a really important book for understanding what goes on behind the scenes in politics...especially because so much of what political parties do, what governments do, what politicians do, is to try and stop us seeing what is really happening.”