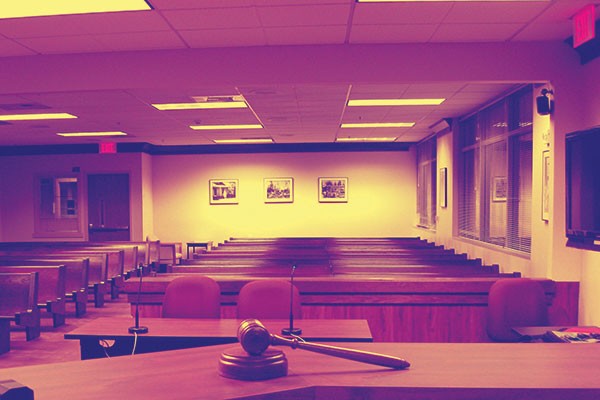 A University of Otago student is taking matters into his own hands after feeling he has been wronged by the university’s proctor.

The student, who wishes not to be named, was given a fine and had access to his online course resources suspended for a week after Campus Watch officers claimed he had been drunk and abusive to them. After much discussion, viewing of CCTV footage and GPS tracking on his phone, his name was not cleared until OUSA’s Student Support got involved. He was then found to be innocent. The student, however, is still demanding an apology for the illtreatment, which he has not yet received.

On 23 April, the student was waiting outside a lecture hall to enter a law exam, and was approached by Campus Watch for being “abusive” and “causing a lot of ruckus” the night before. “I was kind of shocked at the time,” said the student. “I’ve never been accused of something like that.”

The student said he had been home all night, though the officer was “pretty sure it was him” and his ID was taken. After his exam, which he finished early because he was “freaked out”, the student called Campus Watch to complain about what had happened. “I couldn’t have been in two places at once,” he said.

After not hearing anything further, he assumed the allegations had disappeared. On 7 May, after making multiple attempts to submit assignments online, the student realised his access to Blackboard had been cut. This was because he owed $50 to the proctor for missing a meeting.

At a later meeting with the proctor, which he attended with his partner whom he was at home with at the time of the alleged incident, the student was again told he had drunkenly abused staff. The Campus Watch officer attended the meeting and said, “he was smiling, he was very smug”. The officer said it was definitely him; however, a second officer said although the two looked similar, he “couldn’t with confidence” say it was this student.

Following the meeting, the student said the proctor admitted there had not been enough effort to communicate with him, so his access to Blackboard was reinstated. However, the allegations still stood.

The student discovered he had GPS evidence on his phone that showed he was at home the entire time. However, the proctor refused to accept this, claiming he could have left his phone at home.

CCTV footage was obtained and, in an email, the student was told the footage “looked very much like him”. However, in a second meeting, which the student attended with a Student Support advisor, the proctor was said to have done “a complete 180 with his behaviour”. The accusations were then dropped. The student was cleared, though he has not received an apology or compensation for having his services cut off for a week while assignments were due.

Philippa Keaney, acting manager of Student Support, said: “Despite the advocacy of OUSA Student Support, and the provision of extensive evidence to prove [the student’s] innocence, the Proctor’s Office continued to treat [the student] as the guilty party over a number of weeks.”

“One of the principles underpinning the New Zealand criminal justice system is the presumption of innocence unless adequate evidence to the contrary is produced. It appears that [the student] was not accorded that courtesy in this case.”

“This case has highlighted that there are areas in which the current disciplinary processes within the University fall short of protecting the basic rights of all students, as they are intended to do.”

Critic attempted to contact the proctor for a reply, but was given the following statement by Director of Student Services, Karyn Thomson: “Up until this correspondence I was not aware of and have not received complaints from the student. [The student] is welcome to come and meet me and we can talk through [his] concerns in confidence.”

The student says he has not spoken to Thomson. However, he has been in contact with the provost and the vice chancellor and will be making a claim with them. He says the two have been “very supportive.”