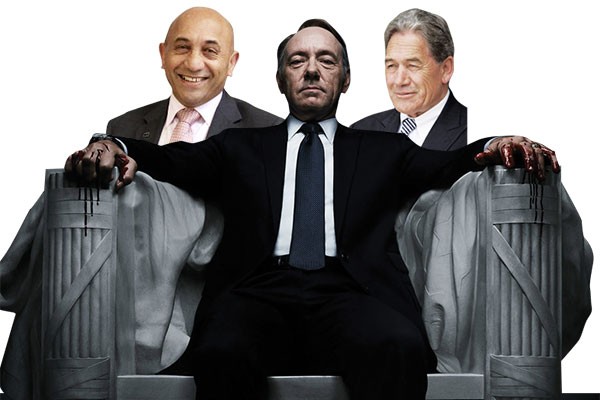 NZ First Deputy Leader Tracey Martin has been replaced in what seems a rather controversial turn of events.

Last month the party’s caucus voted on the deputy leader position, leading to the appointment of Ron Mark, long-standing rival of Martin. In a post on The Daily Blog, NZ First board member, Curwen Ares Rolinson, has revealed Martin’s controversial past actions in securing the deputy leadership.

Rolinson insinuated that Martin and her mother Anne Martin, party secretary, targeted previous rivals for the deputy position over the last few years.

Rolinson accused Tracey and Anne Martin of actively marginalising former NZ First MP, Andrew Williams. Williams was indicated as a candidate for the deputy leadership at the time In response, Martin supposedly led an internal party smear campaign against Williams.

“[Williams] was called a sexist. A bully. An alcoholic. Rumours were spread throughout the party that Williams had attempted to initiate a physical altercation with Winston,” the post read. “During the run-up to the 2014 election, a series of odd and seemingly unconnected occurrences transpired. All of which served to humiliate, discredit, or otherwise attempt to marginalise Williams.”

According to Rolinson, the campaign against Williams, led by Tracey and Anne Martin, eventually quashed the possibility of him challenging for the deputy leadership.

Since losing the role as second in command, Tracey Martin has publicly supported her successor Ron Mark, saying he is the best person for the job.