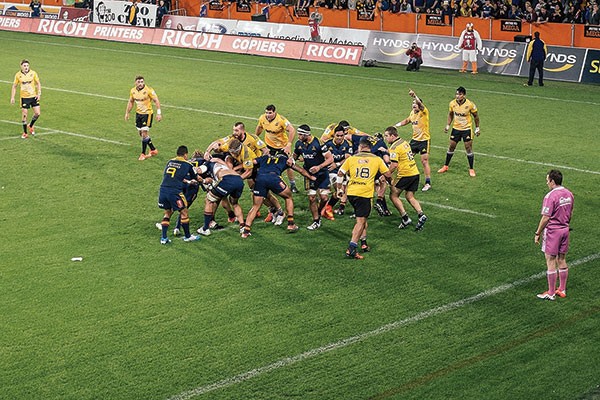 We will have a full review of the Super Rugby season next week, but the Super Rugby playoffs and semi-finals have been dominated by incessant moaning about the “unfair” rules of the conference system, which many see as favouring under-performing teams. A lot of the moaning came from Crusaders fans, who missed the playoffs in seventh place despite having more points than the third-placed Stormers, who managed to win a weak South African conference.

Fearing we wouldn’t actually make the final, Highlanders fans also had a bit of a moan that the Waratahs were given a week off and home advantage for their semi-final despite the Highlanders having more points, more bonus points, a better points differential and scoring more tries while conceding fewer than the Waratahs, not to mention actually beating them on the field when they played in March. As we now know, the better team ended up winning on the night to set up a final between the competition’s best two sides — the way it should be. Although the biased Aussie commentators would have us believe this was all down to the referees and nothing to do with the Highlanders playing better rugby.

With the competition set to expand to 18 teams, an even more convoluted conference system is likely to favour the South African teams, who — with their poor results recently — don’t seem to warrant a sixth team. So what’s the deal? Unfortunately, the grim reality is that Super Rugby is a business first and a sporting competition second. Sponsorship money speaks the loudest in professional sports, and having South Africa walk away from Super Rugby would have been a financial disaster first and a sporting disaster second.