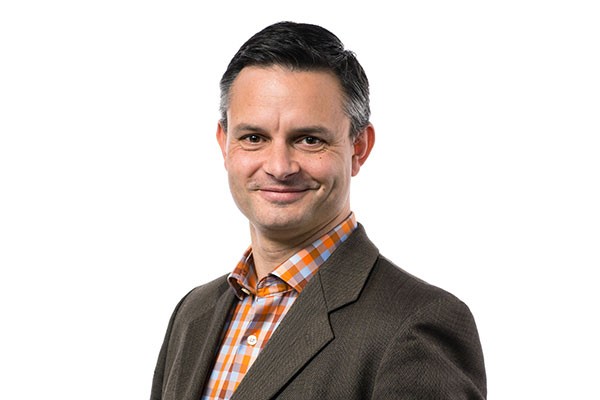 Greens MP James Shaw is currently travelling New Zealand in his bid for the Green Party co-leadership following the resignation of Russel Norman earlier this year. He has a different perspective on politics than would be expected of a typical Greens MP. Last week, Critic sat down with Shaw to see what his plans for the future of the Green party are.

Critic: What changes will the Green Party undergo if you become co-leader?
Shaw: It’s not like National or Labour where one person in the top job can significantly change the direction of the party. So when I say “these are the changes that I’m proposing”, I would still have to get them past Metiria, the caucus and the rest of the party. So it’s structurally built in that one person can’t radically overhaul the party. Having said that, my main focus is to take the 28 percent of voters that considered voting Green last year and didn’t and remove all of the barriers that are currently stopping them voting Green. I don’t think it’s realistic to say we’ll get all of those people to vote for us, but the thing that was the big “but” for them was still — even after all the work that Russel [Norman] and others have done — our economic credibility, our ability to run the government and leadership. I’m making an appeal that we share their values and that we’re also competent and capable.

Critic: When did it become apparent that the Green Party suited your views and ideologies?
Shaw: In 1990 when I was 16. I was sitting in the Wellington High School library in my last year of high school, and 1990 was an election year. There was a debate between a Labour, National and Green candidate. The National and Labour candidates just completely turned me off; they were talking about stuff that I didn’t think was relevant and they were kind of bickering, that Punch and Judy style of politics. Whereas the Green Party candidate talked about big issues, like “how do we live on the planet” and also the idea that we could actually change the political system so it actually produced better results. I went up to [the Greens] at the end of the debate and said, “How can I help?”

Critic: Is the environment still the focus of the Green Party?
Shaw: We don’t see the environment and society and economics as distinguishable. I think the criticism in the 90s that we were just an environmental party was probably fair, and what we’ve done since is broaden the focus. I think we always said those three things were interconnected, but our focus was always on environmental issues. What we’re trying now is to say, well, all these things are interconnected.

Critic: What, for you, is the most important issue that needs a legislative response?
Shaw: In my maiden speech I talked about extending legal rights to ecological features, so that they have defence. To me that is a very broad, modern environmental law that I think could make a lot of the problems we face a lot simpler to deal with and actually achieve the outcomes that we want.

Examples of that are the Whanganui River and the Urewera mountains actually have personhood. So the Whanganui River, for example, has the right not to be polluted, and obviously it can’t take a court case, but locals can on its behalf. So if you set up a factory on the edge of a river, your legal department has to work out the risk that it’s going to be facing a suit. To me that would completely transform environmental law and compliance, etc.

At the moment there is a raft of environmental laws, foremost [among] which is the Resource Management Act. The problem with the Resource Management Act is it’s twice as long as it was when it was written, it’s been messed around with, it’s got internal contradictions and exclusions and things like that. So, if you think about it, in the time the RMA has been in place, 61 percent of our rivers have become so polluted that you can’t swim in them without the risk of getting a disease. So it’s clearly not achieving its objectives, but if you didn’t have the RMA you could argue that it would be 100 percent of our rivers and it would be a whole lot worse, so it might have slowed down the rate but it’s not working.

Critic: There was an assumption last election that a Labour–Green coalition was fait accompli. Is that still a reality now, following the change in leadership in both parties?
Shaw: We didn’t have a coalition in waiting. That was the big problem last year. We did not present a clear alternative to the electorate. Going into 2017, what we need to do is present to voters a credible alternative government, and say, “This is the team that is going to be running the country if you vote for us.”

Critic: How does your background in the private sector factor into your perspective as an MP?
Shaw: Well, it’s significant. I’ve worked in about 30 countries around the world, with a whole raft of organisations. It taught me a lot about what it takes to create change in incomplete systems. It taught me a lot about the nature of the global economy. It taught me a great deal about where there’s some amazing things going on in the field of sustainable business around the world, and I think that presents an opportunity that New Zealand’s currently missing out on and actually that was a big part of my motivation to come back home and get into politics.

Critic: Is human rights something you consider important when forming trade agreements?
Shaw: Yeah it is. It is significant. It’s funny, we’re actually having a conversation about this at the moment and it’s “how do you engage with a trade partner that you think has got a really dodgy record on human rights?” Obviously we’ve been having an exchange with National at the moment; if you’re going to send troops over to Iraq to deal with ISIL who are doing public beheadings and then you’re doing a free trade deal with Saudi Arabia who are also doing public beheadings, honestly what’s the difference? So I think some kind of intellectual honesty in what our policies are wouldn’t go astray.

One of the things I’m really keen to do is develop a model trade agreement. So, the Greens have been criticising a lot of trade agreements over time on the basis that they didn’t take account of the environment or human rights or labour rights or so on. What I would like to do is for us to develop a model trade agreement that included clauses about those kind of concerns, so if we’re negotiating with China or Saudi Arabia or whoever, we could say these are some safeguards that we want built in to any kind of treaty.

Critic: How do you account for National’s unprecedented support, despite negative press?
Shaw: National is the best political operators that this country has ever seen. They have got the best that money can buy and they have a lot of money. I mean a lot. You know, Helen Clark has one press secretary in her office; John Key has five. They are absolutely masters of the communications game.