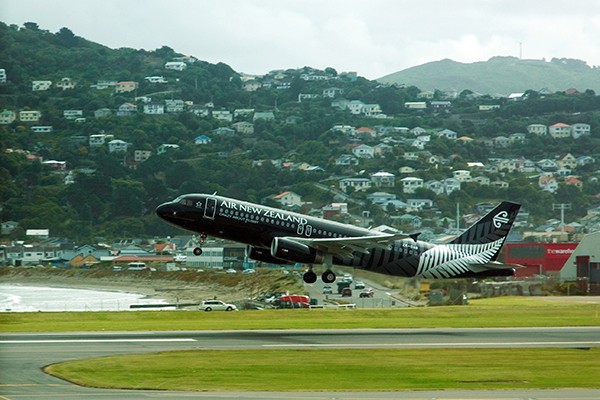 Should I Stay or Should I Go?

With the Super Rugby season well past its halfway point, attention is starting to shift towards the end-of-season Rugby Championship and, more importantly, the World Cup in England. Since taking over the top job, All Blacks coach Steve Hansen has presided over one of the most successful and dominant periods of New Zealand rugby history. After this year’s (hopefully successful) defence of the World Cup, Hansen faces the difficult task of managing a major reshaping of the team, with a number of key players either retiring or choosing not to sign a new deal with the NZRU.

Several nouveau-riche clubs of the French Top 14 competition have been opening up their chequebooks to poach some of our best current players and future prospects. Former Highlander and current Crusaders first-five Colin Slade has committed himself to a three-year deal with ambitious French club Pau, newly promoted from the second division, which is reportedly worth about $800,000 per season.

Current All Blacks centre Conrad Smith will be joining Slade at Pau on a two-year deal worth a similar amount. Smith has 85 caps for the ABs, the most capped centre ever, and most likely would have hit the 100-test mark next year had he stayed on. Unlike most players, Smith has a legitimate degree, an LLB from Victoria University, to fall back on when he retires from rugby. His All Blacks and Hurricanes teammate, Ma’a Nonu, is also taking up a two-year contract offer at current French champion club, Toulon. Nonu played in Japan for a short time after the last World Cup before unsuccessful stints with the Blues and Highlanders. Both of them heading off at the same time leaves a big hole in the centre of the park for the All Blacks to fill.

Dan Carter is heading to Paris with Racing Metro to take up a three-year contract worth at least $2 million per season. This will make Carter the best-paid rugby player in the world. It will be his second stint in France; he played for Perpignan over the 2008 season but was hampered by an Achilles injury that meant he played only five games. He leaves as one of only five players to reach 100 caps and as the all-time top record scorer with 1455 total points. With Aaron Cruden ruled out for the rest of the year through his knee injury, this opens the door for another first-five to step up into the All Blacks squad. This could be the chance for Highlanders sharpshooter Lima Sopoaga to get a well-deserved shot at the black jersey.

Current All Blacks captain Richie McCaw will become the most-capped player in rugby history at the World Cup and will retire at the end of this season even though this hasn’t been announced officially yet. His leadership on and off the field has been invaluable over the last 14 years, and he will pass the torch to his loose-forward partner and Crusaders teammate Kieran Read. Front-row pair, Kevin Mealamu and Tony Woodcock, are also set to retire at the end of the season.

The promising young duo of Charles Piutau and Francis Saili have resisted the lure of the French clubs and will instead head to Ireland, with Piutau signing for Ulster and Saili signing for Munster. Waisake Naholo, who has been in fine try-scoring form for the Highlanders this season, may have spoiled his chances of an All Blacks call-up this year by signing a two-year deal with Clermont. Like Piutau and Saili, Naholo is still only 23, so the three of them could return to New Zealand after their stint in Europe and play their way into the squad for the 2019 World Cup in Japan.

However, securing the services of all these players does come at a price, with many of the French clubs running up large debts recently and only two of the Top 14 clubs recording a profit last season. There is a sense that these big-money contracts could be a flash in the pan; current debt levels are unsustainable, so players are looking to cash in while they can. A recently signed $100 million dollar broadcasting deal does point towards a more solid financial future for European rugby.

Despite the amount of talent about to head overseas, the NZRU says it has no plans to change its eligibility rules, which state that only a player currently playing in New Zealand can be selected for the All Blacks. While it can’t offer the huge money available in Europe, it hopes the lure of the black jersey will be enough to convince people to stay, at least while they are in their prime.