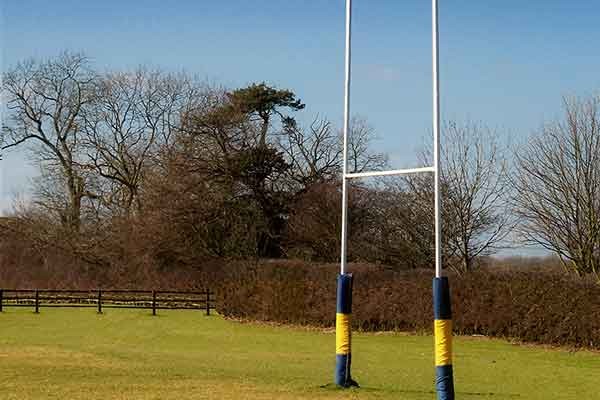 Being right opposite the stadium while they were performing a sound check for that night’s Rod Stewart concert made an interesting choice of background music for a seriously masculine game of rugby, with the rather flamboyant “Do Ya Think I’m Sexy” being pumped out from across the road.

Both teams’ kicking game was impressive, but Southern looked to have a more dangerous running game while Varsity was being let down by their lineout. Despite this, Varsity was leading 6–3 at halftime.

Both teams kicked it up a gear in the second half, with five tries being scored as the balance of the game swung back and forth in what was a surprisingly high-quality contest. Several of the players deserve to get a chance to play in the big plastic box across the road rather than on a bumpy field in front of a hundred people and several dogs.

After back-to-back tries to Southern, Varsity scored with the best move of the game after a cheeky little chip over the top down the right-hand touch line, which was gathered in beautifully by Matt Faddes for a try under the posts. A quickly taken dropkick conversion gave Varsity a chance with only a few minutes left, but instead Southern broke away to score with the final play of the game to wrap up a 29–18 win for the Magpies. The win leaves them top of the table with five wins from five games, with Varsity in the mid-table but with plenty of games left to climb the ladder.