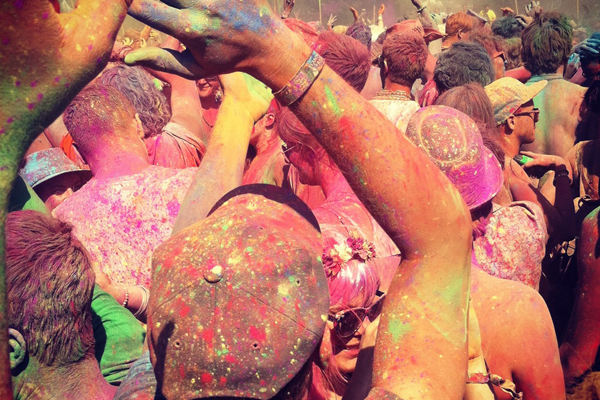 OUSA to break world record by inventing it

OUSA’s events department last week announced part of the line-up for their Re-Orientation Week events. The night of Wednesday 10 July will see Forsyth Barr Stadium hosting the world’s largest ever paint fight, and Shapeshifter will perform in the Town Hall on Saturday 13 July.

On track for its fourth sellout in a row, the annual Illuminate Paint Party hopes to attract the stadium’s full capacity of 5,000 attendees. White-dressed partygoers can expect “a midnight dousing of UV paint amidst a top line-up of local DJs and entertainment,” with three tonnes of paint being dropped over the crowd on the stroke of midnight.

The title of “World’s Largest Paint Fight” has not existed as a world record until this event, and an official Guinness World Record Adjudicator will fly to Dunedin to confirm the title and present a plaque.

Along with opening act AHoriBuzz, Shapeshifter’s gig is also expected to be a popular event. Part of their national tour in support of new album Delta, their performance will “incorporate elements of the ‘heavy soul’ tempered with drum and bass, jazz and funk that fans have become accustomed to.”

In addition, a larger-than-usual International Food Festival will occur before Shapeshifter on Saturday 13 July. Over a dozen University clubs and multiple restaurants will operate stalls on the Otago Museum Reserve Lawn, with most food priced from $2-$6.

The week will also include a Comedy Night on Thursday 11 July. Limited discounted tickets will be available for students from the OUSA main office. Shapeshifter tickets are $40 plus a booking fee and earlybird student tickets to the Illuminate Paint Party cost $35.30 plus a booking fee.