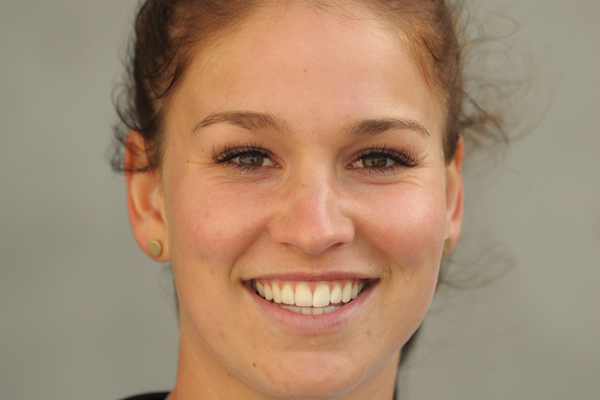 The Rise of the Lady Referee

For five long minutes Brigitte Tyler was the darling of the New Zealand sporting universe. It was Wellington Sevens weekend. You were probably drunk, wearing a stupid costume you cobbled together in 5 minutes. Or you were drunk somewhere else. You were drunk. That’s all there is too it. It was a Saturday.

Brigitte Tyler, a girl, who is set to graduate from University of Otago this year with a Marketing degree, was down on the Cake Tin grass serving as IRB referee’s assistant – a very serious job. She had just made a high-pressure call on a crucial try in the cup semi-final between Fiji and Samoa. Two massive Polynesian men stared directly at her, daring her to choke, but TV replays confirmed she had been dead right. Cue TJ, Nisbo and any other creepy old commentary hack waxing lyrical about how good a job SHE! was doing. You could smell the distress as their dicey rugby morals were shaken to the very core. Yes Quinny, she’s a girl and she’s good, get used to it.

This wasn’t just a one off. Brigitte has been slogging away on the Dunedin club rugby circuit for years, probably the least glamorous pursuit of all time. Refereeing is something that she really enjoys and I know, from personal experience, that she knows her stuff and doesn’t take shit from anyone. She has gradually risen through the ranks to a point where she gets to travel around the world refereeing.

What will you doing in 2016? Brigitte will probably be in Rio de Janeiro when Rugby Sevens makes its Olympic debut. This girl’s for real.

Critic conducted a Facebook interview (so, so modern) to find out what was going on.

Tell me about the Wellington sevens this year.
It was amazing to be a part of it. For the last six years I have been in the crowd. It’s a massive party of 30,000 people, so to be in the middle of it was one of the best experiences of my life. I saw my friends in the crowd a bit as we were allowed to go in the stands between our games. That was really fun because you could get a feel for what the crowd was up to.

What do you remember about that in-goal decision that got you on the telly?
Well, it happened really fast. I knew in my head as soon I saw it that it was a try and didn’t second-guess myself.

Have you watched a replay? How does it feel to firstly have the commentators talking about you and secondly to congratulate you on your skills?
My parents recorded it so I was able to watch it afterwards. I hate seeing myself on TV so didn’t really enjoy watching it. It was good to see that I had made the right decision. The commentators were probably surprised because I was a young girl.

What are your plans for refereeing now that you’re no longer a student?
I really want to focus on refereeing sevens rather than fifteens. After going to Dubai last year I got a taste of international tournaments and would love to continue going to them. It’s great motivation for my training.

How far do you think refereeing can take you?
Sevens is now an Olympic sport so there will be a lot more women’s national tournaments coming up. I really want to be involved with them and then hopefully go to the 2016 Olympics in Rio. I also want to keep going as high as I can in men’s 15-a-side rugby. There’s never been a woman in NZ to referee past Premier rugby. I’d like to be the first.

What’s the best experience you’ve had?
My first international game was at the Dubai sevens; Brazil vs. Canada. Being the in-goal touch judge at the Wellington Sevens for the final, the NZ players scored right by my feet.

What’s the best way to help people get past the “being a girl” thing?
Well I’ve always hated introducing myself to coaches before the game. The only thing I can do is go out there and show them that I know the game of rugby inside-out and that I am able to control a whole lot of men on the field.

Do you think one day a female could referee a men’s Test Match?
I’m not sure. I would like to think so. The physical side of rugby would be a problem. She would probably get a lot of criticism from the male dominant, big rugby heads that are out there.
This article first appeared in Issue 2, 2012.
Posted 4:53pm Sunday 4th March 2012 by Gus Gawn.