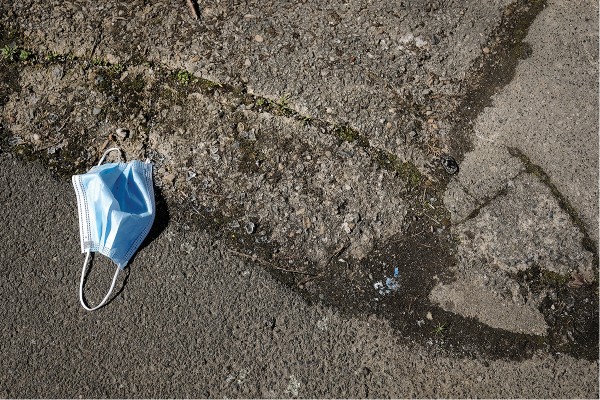 It's not mandatory, but still do it. Pretty please?

Even though it doesn’t feel like it, Covid-19 is still spreading amongst the student community – now joined by an old friend of ours, the flu. In-person lectures have resumed and the Government’s mask mandate has now been dropped. Meanwhile, the official advice from the University, issued by Vice-Chancellor and infectious diseases expert Professor David Murdoch, is that mask wearing in class is still “strongly recommended”. Critic Te Arohi investigated to see how much that strong recommendation has been taken on board.

A spokesperson from the University said that while they “do not have definitive numbers… it would seem the majority of students are wearing masks while in lectures, tutorials and labs.” However, this optimistic view seems to differ from what a number of students told us. Connor, a first year health sci, said that “most people don’t [wear masks]. [Only] 20 or so people wear them unless the lecturers ask us to put them on.”

Jake, another first year, told Critic Te Arohi that “the people who are sick wear masks,” in order “to be considerate.” He noticed, however, that “this morning in my lecture I didn’t see anyone wearing a mask. I think loads of people got Covid [previously] so they care less.” While a large number of students have caught Covid, there is still a large proportion of students who have not. Also, it’s worth pointing out that you can get Covid more than once.

Some students have continued to comply with mask wearing, despite it not being mandatory. Mykilah, a 3rd year student, said that: “95% of people in my classes [of 20 people] wear masks.” She reasoned that “I have flatmates that go out a lot, [so] I don’t want to risk other people in my classes to possibly be exposed.” One postgrad student pointed out an interesting split; they said that in a lecture a week or so back, “40% of attendees were wearing masks, but they were all female.” This observation was echoed by several other students.

Despite the Uni officially backing mask-wearing, how strongly this is enforced is largely up to individual departments. From our brief investigation, it appears that law has one of the lowest numbers of masks in lectures while medicine has one of the highest, women seem more likely to mask up, and small class sizes seem to promote mask use.