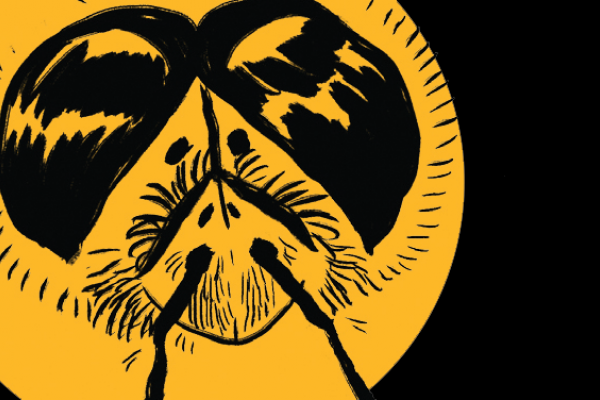 Drunken students not likely the culprit

Someone has stolen an entire hive of bees – queen included – from the Peace Garden Albany street sometime in the last month. A three-box hive is worth about $500 at the moment, so it’s a significant loss to the man who voluntarily keeps the bees and gives away the honey for free.

Reverend Richard Dawson spoke to Critic Te Arohi about his beekeeper’s culprit. “It’s a real tragedy”, he said, “because unless [the thieves] are quite experienced beekeepers, these bees will die virtually overnight.” Richard said that his bees would normally be hibernating, but with the recent warm weather late in the season, they’ve been active. And with no flowers to produce honey from, they need to be fed to stay alive.

On Friday the 13th of May, an unfortunately inauspicious date, Richard went to feed his bees, and discovered an entire hive had been raxxed by an unknown culprit. This would not have been an easy task, and Richard doubted that it was due to drunken student antics. “It’s not your guys’ fault”, he said, “I really think it was someone who knew what was going on, someone who knew what they were doing.”

Richard said that in order to make off with the hive, you’d have to know a few critical steps to prevent yourself from “getting stung quite severely”. We won’t describe those steps here because we don’t want to facilitate hive theft, which is a dastardly crime. It is not, however, unheard of. Richard explained that “since the manuka price went up, stealing hives has been a major crime that people get into. And people have had whole apiaries stolen, that’s 20-30 hives.”

The hives can be re-sold for a hefty profit, but it’s easy to spot stolen work if you know what you’re looking for. Richard reckoned he’d be able to pick out his stolen hive in a heartbeat, because he made it by hand, himself. He said you could look through the Otago hive market because there’s only about 10 listed at a time, but beyond that, it gets a bit hopeless. And since the interval between Richard’s bee check-ups was a month before last Friday, the thieves could’ve stolen, listed, and sold the hive at any point in that window of time.

If that’s the case, Richard may be out of luck. But if not, and someone has decided it would be a good idea to rax a beehive and somehow made it out without getting covered in stings, Richard pleaded the student community to keep an eye out for anything suspicious – like an entire beehive where there didn’t used to be one, or a mate that’s suddenly flush with manuka honey. If you see something, let us know.