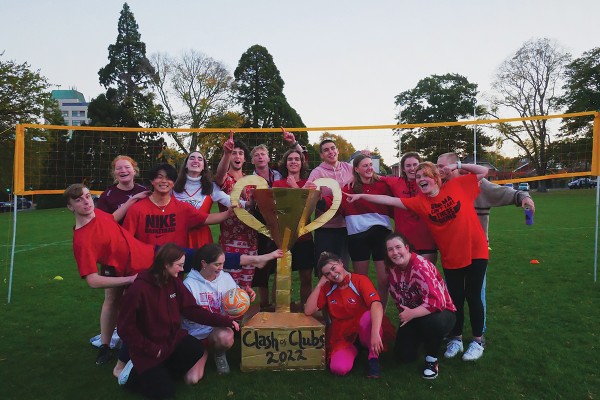 The first annual Clash of Clubs happened on April 29, with several Otago Uni clubs duking it out in a variety of sports. At stake: honour, glory, and the ability to rub sweet victory into the faces of inferior clubs for a whole year.

Six clubs participated in football, volleyball and dodgeball matches: the Tramping Club (OUTC), Ski Club (OUSSC), Disc Golf Club (OUDGC), Ultimate Frisbee Club (OUUC), Canoe Club (OUCC), and Dance Association (ODA). Reid, one of the head organisers behind the event and a member of OUSSC, told Critic Te Arohi that the event was intended to help bring clubs closer together, both this year and in the future.

“It exceeded my expectations,” he said. “Every club [that participated] dressed up and came out in full force.” One OUSSC member and self proclaimed “hero,” Peter, scored the only goal against OUDGC, winning their football game. He told Critic Te Arohi that:“It was a great feeling playing the sport I love, but let’s not forget what it’s all about: shitting on Disc Golf Club.” The Disc Golf Club did not respond to this thinly-veiled threat. 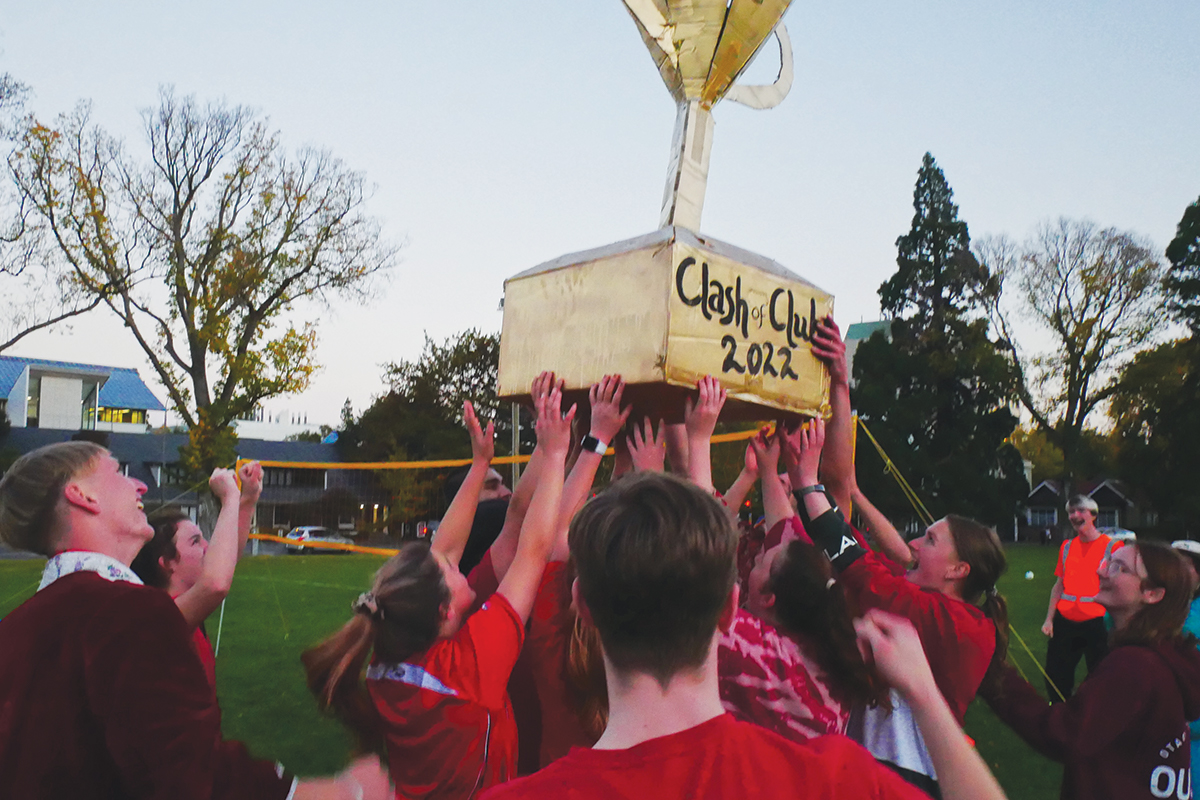 After a hard-fought competition, OUSSC emerged as victors. Reid acknowledged the fact that his club won the competition he helped organise, and the fact that the trophy that he made now sits in his lounge, “might seem biased. Maybe it is, but when it came down to it, OUSSC outperformed everyone and didn’t lose a single game.” Critic could speculate on potential ways the competition may have been rigged, but the conspiracy issue was last week, so we’ll leave it for now.

Taking out the silver medal was the Ultimate Frisbee Club, with the decider coming down to a fiercely-fought volleyball game. Even though the Ultimate Frisbee Club was the only club that actually did a proper team sport there, OUUC President Abi said that: “being a team sport didn’t give us that much of an advantage, we didn’t know how to play volleyball at all.” Despite the setback, she remained confident in her team, telling Critic Te Arohi that: “OUSSC better watch their backs, we’ll get them next time.”

In an incredibly upsetting and shocking turn of events, the Tramping Club finished dead last. Katie, an OUTC exec member said “unfortunately our ability to mountain climb doesn’t translate to hand eye coordination but OUTC had a great time despite the results on the board.”

In the end, despite the stiff competition and roasts flying in all directions, the first ever Clash of Clubs turned out to be a stunning success. All the participants seemed to have a great time, from the various club members to the random rugby boys that abruptly decided to join the Dance Association’s team. Reid is hoping that this will be an annual event, laying down a challenge for any clubs game to take on the reigning champions next year. Just as long as he promises not to rig it again in 2023.