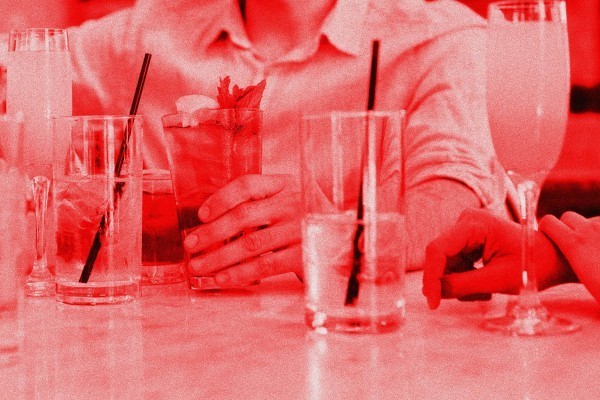 Last issue, Critic published a story about an OUSA club-organised BYO in which two people suspected their drinks had been spiked. The girl who suffered the worst of the two experiences got in touch with Critic to correct some major details of the story.

Jamie* did not make it home ok, as originally reported. Critic was initially led to believe that the victims of the drink spiking were not interested in being interviewed. Jamie was not sure how that miscommunication occurred, and has since shared her story of what happened after the BYO.

She said that after just two glasses, she began to feel “quite ill quite quickly”, like she was going to vomit, “but I don’t normally vomit when I drink”. So she took a friend to the toilet, where her condition deteriorated. “I started feeling really really dizzy, feeling confused, and started vomiting. I think I may have passed out.”

“I remember bits and pieces. I was conscious in my mind, but my body wasn’t responding.” Jamie said “straight away, I knew exactly what was happening.” She said that, from what she has been told, her friends tried to walk her home. They didn’t make it far down Dundas Street when her friends, including first aid certified members of the club and the club’s welfare rep, decided that they needed to get her to the hospital.

Jamie has since made a recovery, and lamented that “it just went downhill so quickly, which I was so upset about, because it was meant to be a mean night, and I didn’t even get my curry! I had already paid for it as well, I was so looking forward to it. I remember waking up in the hospital and thinking ‘God damn it, I didn’t even get my food’. And I lost my favourite pair of earrings.”

Jamie said the experience was “terrifying”, but felt that she “felt like she was in a safe space” because she was surrounded by trusted friends. She also said that, to whoever spiked her drink, if they read this coverage, “I hope they don’t think that they need to use more [drugs] next time,” because she reported that her ordeal was very nearly much worse.

Getting her drink spiked at a commercial BYO really made it clear to Jamie that “this could happen to anyone, no matter how careful you are.” She continued to say that “My main worry is if whoever it was that spiked me read [the previous article], they could think ‘oh, it didn’t cause any harm’ or ‘oh, it wasn’t a high enough dose’, and then they could use a higher dose [if they do this again]. Because it was a very, very close line. It was already fucking horrible but it could’ve been much worse…I was very fortunate I wasn’t by myself in that bathroom.”