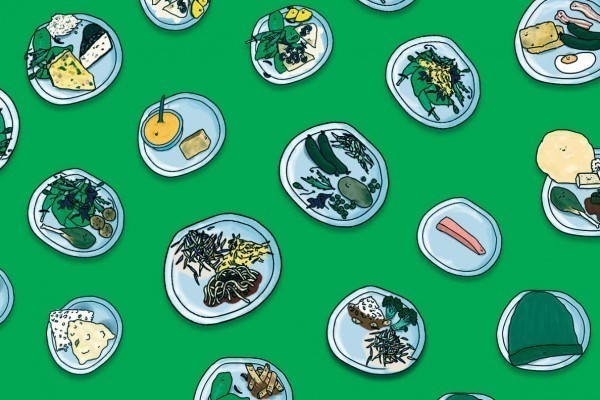 A group of Food Science 4th year students have designed a food box - like Hello Fresh - based entirely around NZ’s most commonly-tossed consumables. They plan to use local foodie social media accounts to promote their sustainable selection of goodies.

“One of our main messages is that if you reduce food waste you can save a lot more money”, said Shaina, one of the group members. She said that while the average Castle Street flatter might not care much about food waste, they probably care about extra cash. Shaina said that the key to reaching the breatha scene might be to say “you’re wasting this much money, that could buy you like two boxes a week”.

Lance, another group member, said that the average kiwi family wastes $660 worth of food every year, and that most of this food is thrown away as leftovers or after it’s been sitting in the fridge too long. So, those now-flaccid carrots you bought two weeks ago when you decided you’d start eating healthy: that’s what they’re talking about. Eliminating this food waste would reduce carbon emissions to the same effect as taking over 150,000 cars off the road.

The food boxes are set to be sent to “iconic Dunedin food/fitness Instagrams on the 2 nights leading up to the International Stop Food Waste Day”, which is April 28th. Six flats have been chosen for the rollout, each with a resident Instagram account, and will document the process as they cook the two meals and dessert supplied in the box. The box itself contains “New Zealand’s commonly wasted ingredients such as potatoes and carrots, alongside recipes that can be used for these ingredients”, and a pamphlet with more information on New Zealand’s wasteful food practices.

Shaina, Lance, Emma, Emily, Molly and Lizzie hope that their effort shows people a better way to pay for food, by buying only what you need, and planning ahead to stop yourself from “going into the supermarket and just buying what you feel like”. They hope that via the Instagram push, they’ll reach a target group of people that already care about healthy living and food waste, so their message will have a higher chance of falling into the right hands.

Critic reached out to some students to see what they thought about food waste in Dunedin. Keegan said that her flat “is relatively good with food waste, some flatmates are better than others.” She cleaned out her fridge last week and said that “there were only a couple of tomatoes and a bag of carrots that had gone off, but other than that it was pretty good.” She reckoned that a list of recipes to take advantage of these wasted items could “potentially” be helpful, because some people in the flat “have their own tastes”, which apparently don’t include veggies. She said that what would really help her out would be tips on how to store these foods longer, rather than just hucking them in the chilly drawer and hoping for the best.