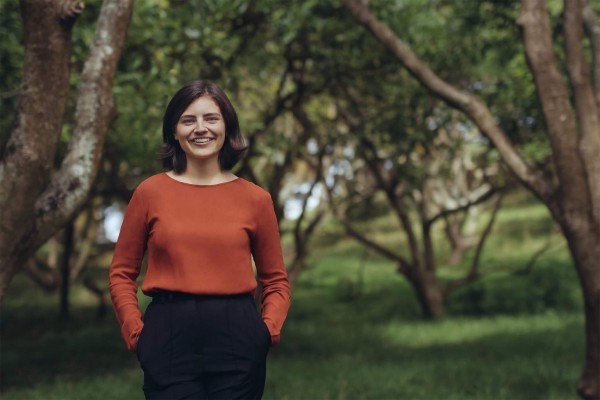 A group of 33 student unions have rallied together to launch a People's Inquiry into student wellbeing, alongside the Green Party. They said that students have been “betrayed” by a government that promised to provide support, that incremental increases in student loans were “tokenistic”, and that the people who “tell us to pull ourselves up by our bootstraps” are the same people that “went to Uni when Uni was free”.

Chlöe Swarbrick represented the Green Party and Andrew Lessells represented the New Zealand Union of Students’ Associations (NZUSA) at an announcement in Wellington on April 12, flanked by members of various student unions. Their chief concern was that student wellbeing has been pushed aside by a government described as – amongst other things – “disconnected and patronising”. Chlöe noted that the Government’s promises to bolster student financial support and reinstate the postgraduate student allowance were “some of the first things” to be cut in the post-Covid chaos, despite constant messaging about the importance of health and wellbeing. “Student poverty is not an inevitability”, said Chlöe. “It is a political decision.”

Chlöe provided a few numbers to put the student financial crisis in perspective. For example, the average student loan recipient today is receiving about $1,600 less than their counterpart was 20 years ago, adjusted for inflation - despite a steep hike in course fees. As our population boomed at the turn of the century, Aotearoa added 1,000,000 new members to our team, but the number of students receiving allowances has not gone up. In fact, it’s actually gone down. This was not due to students being any better off than they were in the 90’s, but instead due to toughened policies about who is eligible for assistance, based mostly on household income.

A few $20 increases to student allowances along the way were not enough, according to the speakers. Andrew called these moves “tokenistic”, pointing out the government that champions students as the “future of Aotearoa” is the same government that forces them “to choose between paying for food and paying for rent”. Students today must “borrow to survive,” he said, adding that no other group of people in the country “are expected to do that”. A form of basic income, eligible to all tertiary students, was cited as a possible solution. Andrew also called for a culture shift around how unis see international students: “We need to support them and not just treat them as cash cows – they are contributing vital skills to Aotearoa. If we treat them well, they’ll stick around and contribute that to us for the rest of our lives.”

Chlöe and Andrew both reiterated that their pleas to do something about student wellbeing had so far fallen on deaf ears in Parliament, forcing them to take matters into their own hands. “We’ve seen the government showcase that it can respond in an immediate crisis”, said Chlöe. “Systems are set up almost overnight, and things that we were told are impossible become a reality. Money moves, billions of dollars of it.” While student voices and advocacy have suffered “a death by a thousand cuts”, said Chlöe, this Inquiry represents “where we draw the line”.