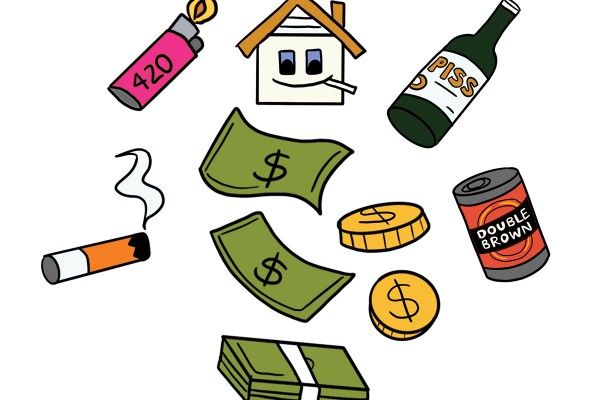 The Critic Te Arohi Census 2021: who are Otago students, really?

Out of interest, curiosity, and an effort to understand our audience and the wider student body, Critic Te Arohi conducted a survey over the mid-semester break, asking 50 questions that covered a wide range of topics from academics to politics to demographics to drugs. 439 people completed the survey, and we’ve shared the highlights with you here.

Law was the most common major (49 respondents), followed by Psychology (30), Medicine (16), Economics (13), and Neuroscience (12). 85.6% of respondents started Uni immediately after high school, and the average person reported feeling relatively prepared about starting Uni, with a solid 7 out of 10 in preparedness. The paper that the most people said was the most interesting paper they had taken was HUBS191, followed by FORB201, PHAL211, and BIOL112 (this statistic will be significantly biased towards first-year papers and papers with large enrolments). Our respondents were also a mostly honest bunch, with only 24.6% using their heat pump more than their flatmates realise.

Do you believe that students should receive more financial support from the government?

Do you believe that you will ever be able to afford a house?

Which political party did you vote for in the last election? (party vote)

If we take the 2020 electorate winners and assume they all retained their electorates, this kind of voting would create an unprecedented 24-seat overhang in our usually 120-seat parliament. That would probably break New Zealand politics. Additionally, 21.4% of respondents are involved in groups for political or social change. The mean level of existential dread reported by respondents thanks to climate change was a solid 8.03/10.

Most people appear to trust the Uni a moderate amount, with an average response of 5.3/10.

For OUSA, trust was slightly higher (6.7/10). The 27.8% of respondents who have been employed by the University held a slightly lower trust towards the University than those who hadn’t.

Do you think you have more or less sex than your peers?

16.6% of respondents are lying to themselves.

This is a much higher percentage than recent nationwide estimates (courtesy of the 2019/20 NZ Health Survey). I don’t think this roughly even split between vapers and non-vapers would be particularly surprising to any students. The most popular vape flavour was clearly Peach Ice (29 votes), followed by Cola Ice (15), Grape (13), Watermelon (12), and Mango Ice (10). All other flavours got less than 10 votes.

32.1% of respondents considered themselves part of the LGBTQ+ community, and a further 10.3% weren’t sure. Of those respondents, a worrying 43.6% had faced hate or discrimination based on their gender, sexual, or romantic identity. Issues facing the community locally that were raised included systemic transphobia, particularly in media and the healthcare system, and casual homophobia and transphobia from other students, often in the form of ‘jokes’. There were also concerns around a more general lack of acceptance at Otago. A few people also wanted more explicitly gay bars, clubs, and other public spaces.

LGBTQ+ was the most commonly preferred umbrella term (46.8%), followed by queer (38.2%) and LGBTQIA+ (27.7%). 28.9% of respondents said “I don’t care”, but many respondents noted a number of concerns with the terms. LGBT and Gay were generally considered uninclusive and outdated as umbrella terms. Takatāpui is not a good umbrella term due to its cultural specificity. Several people found Rainbow infantising or patronizing. Many respondents also found queer to be an uncomfortable term when used by straight cis people, thanks to its historical (and to some extent current) usage as a slur.

14.1% of respondents considered themselves to be a person of colour. Of those respondents, more than half (55%) reported having faced hate or discrimination based on their race or ethnicity.

Systemic racism, including unequal opportunities, lack of representation, and ongoing effects of colonialism, were highlighted as issues facing people of colour locally. Additionally many respondents reported casual racism, from microaggressions to stereotyping to insensitive jokes.

When asked what umbrella term they preferred, the majority of respondents (56.9%) said to just be more specific when referring to communities. People of colour (POC) was the most commonly preferred term (36.2%). Many respondents found non-white and visible minority uncomfortable because they centre ‘whiteness’ as default.

Of the respondents that are Māori (5.5% of total respondents), some said the Uni upheld Te Tiriti “to an extent”, whilst others said the te ao Māori wasn’t adequately implemented on campus. One respondent said “Nope. I think it’s astounding the ignorance across departments and institutionally. I don’t think there is much attention paid by the University as a whole to genuine partnership or tino rangatiratanga, though I do think there are some excellent individuals who operate within the University”. When asked if the government was adequately upholding Te Tiriti, several respondents said somewhat, and that they were improving, whilst others said “no lol” and “most certainly not”.

How's your day been? You good?

This wasn’t meant to be part of the census but I liked some of the responses too much not to include them. To the person who typed a paragraph about their shitty landlord, feel free to email us to tell us more. A wholesome thank you to all the 11 people who asked how my day was going too.

idk i played a lot of sims! vibing tho

Just went to the dentist so feeling clean and got laid last night so pretty good to be honest.

Hung out with my dog all day, just had a cone, chock full of serotonin rn

Thanks but I only see you as a friend

Shit haven't had any nangs

Time is fleeting, I am ceebs