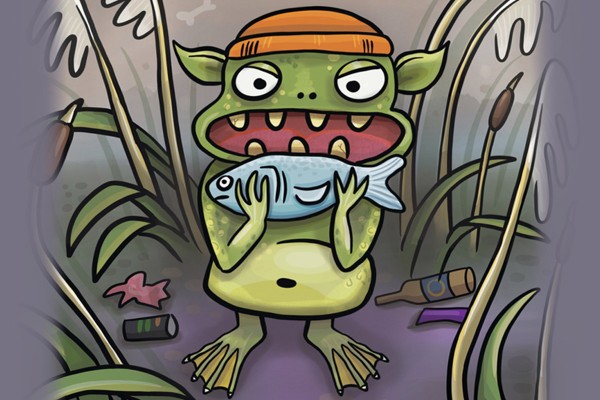 Forbidden Fruits Around Campus: What They Are and Where to Find Them

If you’re anything like me, you’re perpetually hungry, but you’re also a hopelessly broke student. You don’t have enough time to prepare anything to eat between meals, and are too broke to simply run to the local New World or dairy and grab something quick without it putting a dent in your wallet. Thus, you may run into the daily problem of filling your puku in-between meals.

The solution to our perpetual hunger is forbidden fruits around campus. These are snacks that you can snag on the fly, with minimum effort and zero cost. If you’re hungry and motivated enough to find free snacks, these nuggets of gold are sure to satiate you. Foraging for your food also allows you to live out a hunter-gatherer fantasy in Dunedin.

I found these on a dusty Monday morning, on my way to a summer school lecture. If you walk down Union Street East you’ll find these green finger-like pods, between UniCol and the business school, hanging over the rock wall on the UniCol side. Pick some off and split ‘em open. You’ll find the cutest looking lil’ peas.

They taste like how you would imagine the colour green would taste, i.e. healthy as fuck. Keep in mind that every edible plant book I have ever consulted suggests not to harvest eats that grow in areas of high pollution, air or otherwise. Our whole world is burning up tho, so idk about you, but I’m going to take what I can get.

Quack Seed Mix at the Botanz

Technically the Gardens aren’t on campus, but they’re pretty damn close. If you’re studying at the Marsh and you’re in need of a quick snack, head over to the Information Centre at the Gardens and grab a paper baggie of duck food. Try not to act too dodgy. Feed a few of the oats and seeds to the birbs, but pocket the rest of the bag and run.

This snack gives upgraded healthy vibes. It tastes a bit like scroggin’ but without the chocolate, which isn’t selling it much, but beggars can’t be choosers. Duck food takes the least effort to obtain and reaps the highest reward.

Vibes: year six camp, but on an even tighter budget.

Legendary Fish of the Leith

People who have successfully caught fish from the Leith are nowhere to be found. They want to keep their catches and secrets hidden from the general public. A local Dunedin sir gave his views on fishing in the Leith: “I reckon there are actually fish in the Leith...maybe a bit further up.” Seems sus. Where are you hiding the fish sir?

Two lads tried to fish at the Leith near St Daves last week. They were there for like 30 minutes and had no success. I don’t know much about fishing, but that seems unrewarding. I searched for advice on fishing the Leith on the ‘net. Some dude called Stumpys, on thefishingwebsite.com, had something to say from way back in 2006. “I remember watching the spawning salmon from the Hocken building in the Leith, when I was at lectures at Uni, they are fantastic.” Thanks, Stumpys.

Ribbit ribbit, bitch! Red frogs are sweet, gelatinous lollies given out by the Red Frog crew during O Week and at other Uni events (usually involving drinking). These bad boys are best enjoyed fresh from the hands of the Red Frogs’ volunteers, who are absolute Gods. The harvest will be most bountiful on the groggy days following a night on Castle.

The further from Saturday night you go looking for them, the more plastered to the pavement these sweets get, and the more flavourful and forbidden they become. You might not recognise these amphibians as they become blackened by the hooves of the masses trotting down Castle, but a tinge of red always comes poppin’ through. Don’t be scared to peel ‘em off the ground and chuck em in ur mouth, it ain’t no thang.

Location: anywhere the Uni thinks freshers might be having have kick-ons.

Vibes: being able to lick your eyeballs.

Critic does NOT recommend consuming these. They undeniably look delish, though. These purple pebble looking berries are littered all around campus, most notably near Mellor labs. Their colour is shockingly bright, reminiscent of the famous Purple Goanna (RIP). Probably has something to do with chemicals pumped out of the science buildings in the area. These berries give very much ominous and mysterious vibes. If they were a person, they’d be a Scorpio for sure.

One of these days I think I’m simply going to eat a handful of them and then check myself into the hospital to get my stomach pumped, or whatever happens when you eat poisonous shit. I would love every second of it.

Location: near the science-y buildings.

Peak harvest time: morning (so you can spend the rest of the day in the ER).

Vibes: the toxic waste fish from The Simpsons.

After I had exhausted my own knowledge of free snacks, I sought out wise counsel from someone who tends to the gardens of our campus. Andy is a grounds and gardens foreperson, and a fountain of knowledge when it comes to free eats. He told me that there are walnut trees at Union and another between the Professorial Houses on St Davids Street, all of which are “listed with the DCC as significant trees.” These are VIP: Very Important Plants.

“Locals come in early in the morning to pick up walnuts off the ground in autumn and winter,” said Andy. Aw yea, free nutty-bois right on campus. Crack ‘em open and bam, a scrumptious treat. Perfect for a snack in the wee hours of the morning, after coming out of the dungeon that is Ubar.

Andy also clued me up on the baby fruit trees chilling out near Te Roopū Māori. “Between Te Roopū Māori and 533 Castle Street are a number of juvenile fruit trees (apples and pears). They are rather small at the moment, but will start to produce more as they get older.” So if your three-year degree takes two more years than you expected, and you end up finishing after seven years at Uni, you’ll definitely be around to enjoy the fruits of Andy’s labour.

“Also in this location are a couple of berry vines, [both] blackberry and raspberry. The birds tend to get these before as the fruit ripens,” he said. Oh Andy, the birds have nothing on me when I’m hungry. Those berries are MINE, luv. Watch out birds, it’s on sight and on site.

Go forth friends, and seek out these snacks to satiate your hunger. Save your coins and live off the land that is our campus. If you’re worried about being judged, it’s okay, nobody is looking. And if they are? Just tell yourself they’re jealous of your free food.