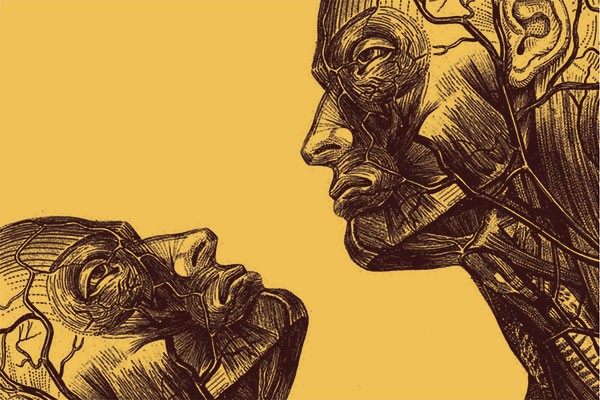 Writing from experience, Anthony Gordon gives us a personal account of the extent to which homophobia still exists in our city. Bigotry towards homosexual behaviour still appears to be a bigger issue than many of us realise.

My first taste of Dunedin nightlife started like this: While I was waiting in line outside the Cook, a group of boys in a Toyota Starlet tore past me and yelled, “Oi, faggot, did you borrow those jeans from your sister?” at me. I tried to laugh it off. But really I felt like crying, going home, curling up in the foetal position and never leaving my bed. Trying “fake it till ya make it” wasn’t going to work this time. They had ruined my night.

The word “faggot” is incredibly powerful. If you’ve never been in a position where it’s being yelled at you because you’re not straight, it’d be hard to understand the sickening combination of emotions it elicits. A little history lesson: the word faggot refers to a bunch of sticks that have been tied together. Back in the progressive and enlightened era of history known as the Dark Ages when witches were burnt at the stake, those found guilty of homosexuality were viewed as unworthy even of this treatment. They were tossed into the base of the fire, in among the “faggots” used to start the inferno. Considering the word’s origins, you can understand it’s akin to being told your mere existence is an abomination.

With three years in Dunedin under my belt, my reaction to the same treatment is different. I’ll usually turn up my headphones and pretend I never heard it. While it’s great that I no longer let someone who wears a substantial amount of Monster Energy apparel get me down, it’s not because I’m now any less insecure — it’s quite the opposite. I had to learn to filter out the abuse in order to get by. Just like we all have to wear warm clothes to walk anywhere in Dunedin’s chilly climate, if you’re like me, you simply have to chuck on a healthy layer of “don’t give a fuck” before leaving the house, especially at night.

Meeting me for the first time, you’d probably guess I’m gay. The way I speak, dress and act leads most people to rapidly make conclusions. Dunedin’s queer community is diverse; not everyone lives up the stereotypes as valiantly as I do. People identify with a ton of different genders and sexualities, and each has their own unique experience. “Straight-acting” gay friends have informed me they rarely get noticed, while more conspicuously queer pals have told me they get treated with similar abuse.

Heading to town on average Saturday night, I might get called a faggot around fifteen times: from cars, by bouncers, from strangers walking past, from anywhere. Standing in a fast-food line, for example, I’ve been told “don’t stand behind me, faggot, I know what you’re trying to do”. Well, that’s how a queue works, buddy. Walking down George Street on the way home, countless times I’ve been asked “the fuck you looking at?”, accompanied by that chest-thrust drunk idiots do to try to look intimidating.

Back in Wellington, anyone could skip down Courtney Place at three in the morning, draped naked in a rainbow flag and loudly singing show-tunes, and few would look twice. Okay, that’s an exaggeration, but on a night out in the capital, homophobic behaviour is rarely tolerated. You’d think that Dunedin, which has a similarly young, vibrant and educated demographic, would swing the same way.

Homophobia isn’t exactly in fashion any longer. Those secretly clinging onto their bigotry only admit “between the bros” that they’re “not all good” about “the whole gay thing”. A friend of mine told me about a conversation with some such guys she’s a friend of. “I don’t have a problem with gays, I’m not homophobic,” they told her. “I just don’t like it being shoved down my throat.” Having a problem with seeing evidence of homosexuality’s existence (especially given that a barrage of heterosexuality is shoved down everyone’s throat on a daily basis) does make you the very definition of “homophobic”.

We try to deny that bigotry exist nowadays; we all like to think we’re far more open-minded than any previous generations — you can be whoever you want to be. It’s as though by virtue of having a gay hairdresser you get along with and sharing a picture of Neil Patrick Harris’ family to Facebook with the caption “love doesn’t have a gender <3”, we think we’ve immediately cured ourselves of all our prejudice. Drunken people at parties will tell me, “Mate, just wanted to let you know that I’m okay with who you are, okay?”

The fact that some people happen to like people who aren’t of the opposite sex has absolutely no bearing upon anyone’s life but their own. None whatsoever. If the idea that I’ve sucked someone’s dick actually bothers you, then there is something wrong with you. It’s a massive waste of time and energy to let someone else’s private life bother you.

It’s impossible to say which of Dunedin’s myriad of demographic eccentricities have a role in this phenomenon, and — having only borne witness to its effects without spending a particularly large amount of time with its perpetrators — I don’t want to speculate on what causes it. Clearly there is something in this city that causes an intelligent population to lag behind the rest of the country in this respect.

No child is born a homophobe — this unfortunate personality trait is one that’s been passed onto us by older people desperately clinging to the days of cheap petrol and casual racism. We’re going to be alive for much longer than they are, so why are any of us keeping a hold of their hand-me-down opinions? Surely we’d all rather live in a world so accepting that we’d never have to worry about our kids getting bullied at school, no matter how different from heteronormative society they turned out to be?

Imagine the little queer kid who’s moved here from a small town in Southland, expecting this to be a place where they can finally express their own identity, only to clamber back into their shell after finding themselves the target of a tirade of abuse. A middle-aged man approached me at my retail job and confided in me that he’d just left his heterosexual wife of 25 years and was “absolutely terrified of coming out in this city”. He isn’t living the happy and fulfilled life he could be because of a culture we should be ashamed of.

So please, I beg of you, if you agree with me, don’t be afraid to stand up for what’s right. If your pals think it’d be a crack-up to throw their half-finished frozen Coke out the car window at that kid in the Docs, please stop them. Trust me, you’d probably stop that kid’s night from being ruined, and confronting your friends with the utter douche-baggery of their almost-actions may just be the catalyst that causes some positive change within them. Dunedin is sometimes a really hard place to be different, but even the smallest acts of kindness or tolerance can change someone’s day for the better. Hopefully, if we all keep at it, this city will change for the better as well