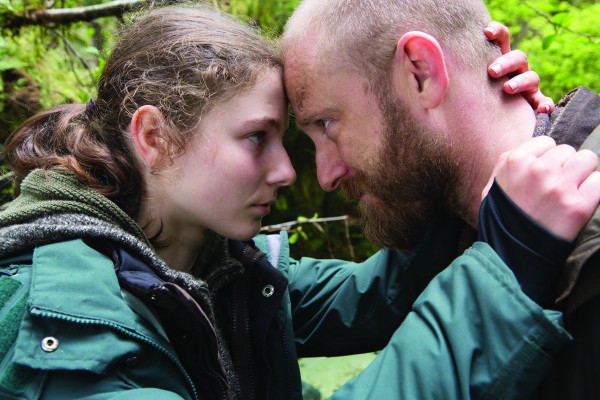 The New Zealand International Film Festival (NZIFF) is coming to town from the 9thto the 26thof August. Time to put on those big puffers to hide your snacks because you’ll want to go see the stunning line-up in store for Dunedin. To get everyone amped for what’s to come, here are a few short synopses of the ones to look out for in this year’s festival.

The festival this year has a well-rounded array of international films that have graced the screens of international film festivals and a good representation of acclaimed New Zealand films. Right in our own backyard of Central Otago is the film Stray. The directorial debut by Dustin Feneley won a Best Actor award at the Moscow Film Festival for the performance of Kieran Charnock as Jack, a man on parole who goes to live in Central Otago. Ironically in a prison of his own making, things heat up with the arrival of Grace (Arta Dobroshi) who is seeking refuge from her past. A relationship ensues between the characters, creating drama within the brooding majesty of New Zealand’s South Island landscapes.

Psychologist Paora Te Oti Takarangi Joseph’s film, Maui’s Hook, confronts the topic of suicide in New Zealand. The film documents the journeys of five families, four Māori and one Pākehā, from Parihaka in Taranaki to Te Rerenga Wairua (Cape Reinga) to release their lost loved ones, tracing the shape of a hook by which the film has its namesake. Joseph documents the hīkoi wairua of these five families with confronting interviews addressing the overrepresentation of the Māori demographic in New Zealand’s suicide statistics. A film assured to break down walls and provoke a questioning of attitude towards a troubling issue surrounding New Zealand society today.

Internationally, there are some notable ones to look out for. Shoplifters, the story of a family in Tokyo taking in an abused girl,by Japanese director Kore-eda Hirokazu, took home the Palm d’Or at the Cannes Film Festival this year and is a must see. Also, up and coming Kiwi actress Thomasin Harcourt McKenzie features in the American film Leave No Trace. Directed by Debra Granik (Winter’s Bone), Leave No Tracepresents the relationship between father and daughter and how they survive a life living in a cabin off the grid in the forests of the northwest United States. The plot follows a cat and mouse game between social services and the father and daughter duo as teenager Tom (McKenzie) struggles through the complex nature of her life.

With over 30 internationally acclaimed films hitting the screen there is sure to be something for everybody. Get out there and take in what the best of independent international cinema has to offer! The festival will be held in the Regent and the Rialto theatres so make sure when you find the film you like to check where it’s being shown.