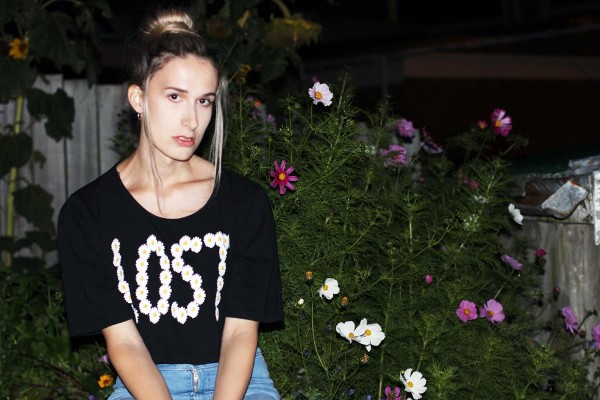 Upon first glance, Charlotte Goodyear appears to be your typical model. She’s a tall blonde with big brown eyes who walks with self-confidence. It’s hard to believe that there was once a time when she was very unsure of herself. Charlotte has had to face many obstacles to become the confident woman she is today, and the biggest one was realising at a young age that she was transgender.

For many years, Charlotte kept this to herself, seeking out online forums to help guide her. “I sort of always knew something was up and I always felt different about it. I saw something when I was a teenager online about it [gender transition] and up until then I didn't know what it was. And once I knew, it was all uphill from there. I started looking into it and seeing if it was the right thing, and it was, and now I’m here!” The internet was a safe place for Charlotte to turn, a world she could escape to, a place without judgement. “You can look at the internet without the whole world seeing. When you’re in the closet, it’s a good place to talk to other people.”

But eventually, the closet became a place Charlotte no longer wanted to stay in. At the age of 18, Charlotte made the decision to come out to her parents, a big step for all those in a similar position. Ask most open trans people about their coming out story, and they will say that telling their parents was a daunting moment. Fortunately for Charlotte, she was met with open minds. “It was a bit tough at the start because they didn’t really understand much about it, so it was a bit scary. But they just wanted the best for me, and they came to understand it better as time went on, and now they're amazing. Some of my biggest supporters.”

With the support from her parents, Charlotte was able to begin her transition not only into a woman, but into an aspiring model. It was her father who introduced Charlotte to trans modelling, a world Charlotte was not yet familiar with. “My dad sent me a link to Trans Models NYC and I was blown away because I didn’t know that was a possibility. I started looking into it and found so many successful trans models.” Charlotte was inspired by trans models like Carmen Carrera and Isis King, saying “they weren’t just models, they were role models.” She saw these models and thought that if they could do it, then so could she.

Two years ago, Charlotte joined a confidence workshop at Aart Model Management. Through this course, and the ongoing support of loved ones, Charlotte gained the confidence not only to model, but also to be her true unapologetic self. “Two years ago I was a really different person and I’ve changed so much since then; my confidence has grown so much.” Charlotte’s first break was modelling for the 2017 End of Year Polytech Fashion Show. She described the experience as being “absolutely exciting” as she strutted her stuff on the catwalk. Coming out as transgender, Charlotte felt like she had the strength to do anything she put her mind to. “I got a lot of courage from coming out to try a lot of other stuff. I don’t mind if I’m not perfect at it, I’m just willing to put myself out there.” On the 3rd and 4th of May Charlotte will be taking to the catwalk again in the I.D. fashion show. Charlotte was thrilled to have been selected and is extremely thankful to Aart Model Management for the opportunities they’ve given her.

Through being an openly transgender model, Charlotte hopes to create awareness and visibility for the transgender community. In her words, she would love to show people that “being transgender isn’t something to be afraid of”. Charlotte is extremely passionate about helping others, and one of her biggest missions at the moment is to get the discussion going around medical care for trans people. She is very excited to be working with Gareth Treharne through the University to help create awareness of the issues that many trans people face in the medical community. “We're trying to create ways to bring trans healthcare education in for the med students. There’s not a lot of it out there; it’s a huge grey area, and for trans people who need health care that’s just no good.” Charlotte described how this had directly affected her, stating “I’ve been referred to the wrong specialist in the past. It was tough because I was 17 and I hadn’t come out to my family yet, so was going out on my own to seek help. It really delayed my whole medical transition. When you’re struggling and vulnerable it’s really hard to go through that. This is just one example of the many issues trans people face in order to find appropriate healthcare.” However, Charlotte has found that many of the medical professionals that she has spoken to are very willing to be educated on the topic of trans health. “They do want to learn about it.”

Charlotte describes coming out as transgender as a crazy journey that is still ongoing. Her advice to anyone struggling with their gender identity is to “keep checking in with yourself. It might seem impossibly daunting and absolutely terrifying, but you just take things one step at a time and do what you can manage. Things were hard to start with, and it got a bit harder, but then it got a billion times better”.