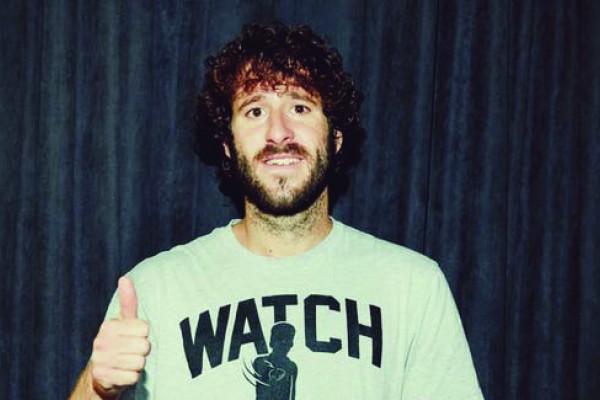 But seriously, Lil Dicky is one of the worst things to happen to hip hop since Vanilla Ice, and at least Vanilla Ice got hung out of a balcony by his ankles, which, let’s be honest, he absolutely deserved.

If you’re lucky, right now you’ll be thinking, who is Lil Dicky? Well, the short answer is that he’s a comedic rapper from Philadelphia. The long answer is that he’s a culture vulture who uses hip hop as a way of making money and getting famous, while simultaneously shitting on it constantly. His fans consist primarily of white college bros who like rap but don’t like black people. If you listen to Lil Dicky, you probably refer to his music as “rap, but like real rap ya know, not just guns and drugs”.

Technically, Lil Dicky isn’t actually terrible. He’s got nice flow and some of his songs are kinda funny. $ave Dat Money is a good song about the excess of the hip hop and music videos of the late 2000s. Ex-Boyfriend is a surprisingly clever song about meeting your partner’s ex and being intimidated by them; it’s self aware and plays to his strengths as a comedian.

But the rest of his music and his attitude to hip hop is just fucking painful. He seems to simultaneously revel in being a rich white dude, and really wish he was black at the same time. He also believes that “Unless you’re an extremely stupid person that began life as a poor, violent man, only to see your fortunes turn once you started rapping, you won’t be able to relate to 99 percent of today’s rap music”. That’s why I don’t like Game of Thrones, because I’m not a cousin-fucking swordsman who throws children out of windows. And of course, all rap is about being a poor, violent man (i.e. what Little Dicky thinks black people are). It’s not like there’re underlying themes about the struggles of life, death, success and all manner of other complex issues addressed in rap, right? Lil Dicky, were you one of those douches who hated English because “the teachers read way too much into it maaan”?

He legitimately believes black hip hop artists have it easier than him, because “Sometimes people have nothing to lose and it’s very easy to go for their dreams. I had a very safe route [. . .] and I pretty much put that aside [. . .] I think that’s a brave thing.” So artists like 21 Savage, who was shot six times, had it way easier? Lil Dicky, who gave up a marketing job to rap to white dudes about how it’s actually more racist that he can’t say the n-word, clearly has had the harder life.

Dicky’s message seems to be that white guys are underrepresented in hip hop and he’s going to change that. Never mind that one of the most popular hip hop artists of all time, Eminem, is white. Oh, but Eminem actually experienced the struggle, gave props to his influences and hip hop as a whole, and doesn’t shit on the whole genre, so I guess Lil Dicky can’t relate to him either.

And then there’s Freaky Friday. It’s topping the charts in New Zealand right now, which once again proves that we don’t actually deserve music. If you haven’t heard it, count your blessings. It’s the body-switching movie Freaky Friday, but with Lil Dicky and Chris Brown instead. This song is trash on so many levels. First off, it’s got Chris Brown in it, the shitstain who beat Rihanna so bad she was hospitalised. But don’t worry, Dicky, (as Chris Brown) addresses that. “Ain’t nobody judging 'cause I’m black or my controversial past.” No dickhead, you should absolutely should be "judged” for that second part; you shouldn’t be in the music industry anymore because of your “controversial past”.

Not only does this song glorify a known abuser, it’s also just shite. The jokes are “I’m now in a black body so I can say the n-word,” and, “I paid a couple celebrities to cameo at the end”. But, according to the penis himself, “I recognise I do something very unique with the type of comedic elements I fuse into my music”.

But, I have to give props to Lil Dicky for one thing about Freaky Friday. He reeaaally wants to be black, and at least he could be for three minutes in a shit song.