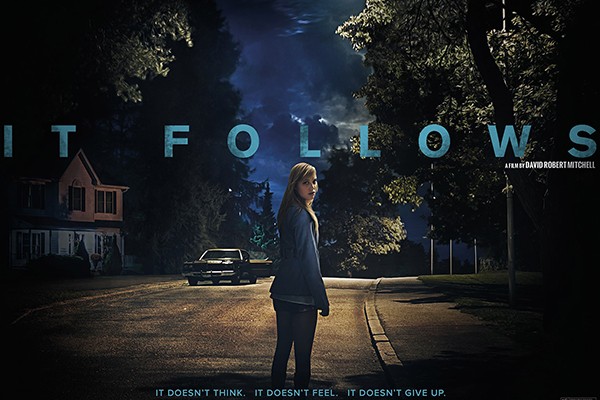 In a genre so dried up and filled with clichés, It Follows is truly a dark horse. The film first premiered at the 2014 Cannes Film Festival with no trailer, no stars and very little information about the plotline. When I first saw the film, I walked in not knowing what I was getting into — and when I left the cinema, I quickly realised that It Follows is one of the best horror films I’ve ever seen.

It Follows sees Jay Height (Maika Monroe), a 19-year-old girl, learn that after a seemingly innocent sexual encounter with boyfriend, Hugh (Jake Weary), she is now cursed with an unknown shapeshifting entity. Hugh tells Jay that the entity is slowly walking towards her and will kill her when it catches up. The only way to stop the entity is to have sex with someone, which will pass on the curse and make that person the new target. The curse leaves Jay to make some life or death decisions — will she pass it on or try avoid it for the rest of her life? She seeks solace in her friends, who help Jay try to exit this inescapable nightmare, which puts them all in dangerous situations.

The film is the ultimate achievement in “minimalist horror”, but hidden beneath is David Robert  Mitchell’s impressive attention to detail. It doesn’t rely on gore or jump scares but genuine suspense from the unknown entity; when the entity is on screen, slowly walking, staring into your eyes — it’s just effortlessly creepy. This creepiness is added to by Disasterpeace’s haunting synth-heavy score, which I found reminiscent of A Nightmare on Elm Street. However, the film’s pacing is off at times and can feel like it’s going down a neverending road, especially during scenes with weak dialogue, but the cast and in particular newfound scream queen, Maika Monroe, manages to make it all work.

As much as I love mindless, gore-ridden horror it’s refreshing to see a film with some brains that aren’t just splattered over the walls. A clever homage to classic horror, It Follows is destined for cult glory.