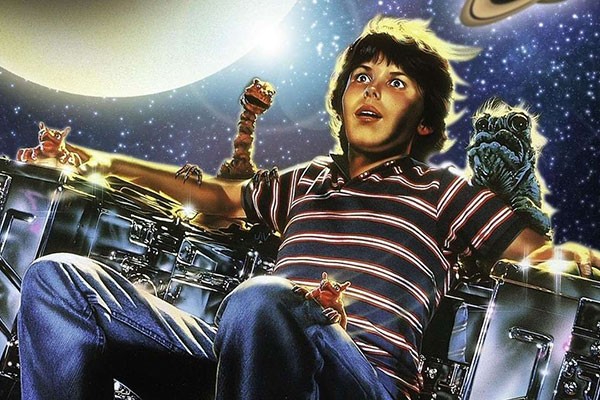 Flight of the Navigator

Flight of the Navigator is the best live-action Disney film. It seems routine enough on the surface — a kid has some adventures in a spaceship — but the film is elevated by its dark atmosphere and its slowly unfolding plot.

In 1978, 12-year-old protagonist, David Freeman (Joey Cramer), goes for a walk one night. When he returns home, eight years have passed and strangers now occupy his house. Apparently, David has been missing and presumed dead; he is barely able to reunite with his bewildered parents before he is snatched up by the National Aeronautics and Space Administration or, as everyone knows it, NASA. This government agency confines David to a laboratory where they run tests on him — space travel was involved and there is more space travel to be had.

For a children’s film, The Flight of the Navigator deals with some interesting themes. The story’s real villain is the pursuit of knowledge, which is demonstrated by both NASA and the non-human forces that got David into his predicament in the ﬁrst place. In both cases, scientiﬁc investigation is a cold and impersonal thing; its practitioners don’t think twice about the human cost. The story itself subverts many generic children’s films; David is not escaping a humdrum existence — he starts out living happily with his loving family, in a pretty idyllic place, and spends the rest of the ﬁlm trying to get back to that. The grandeur of the universe gets in the way, while the everyday things prove to be the most valued.

The 80s nostalgia factor here is off the charts. Sure, the film has the whole look and feel of the decade, but most of all, there’s Alan Silvestri’s soundtrack, which has to be one of the most 80s-tastic movie soundtracks in existence. It may even rival Beverly Hills Cop.

Give this retro goodness a watch, and stay for the closing credits; the sweeping low- aerial shots of Florida are stunning.