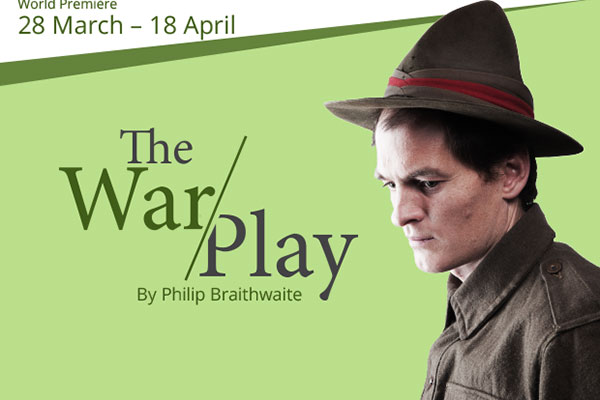 In 2005, Private Jack Braithwaite and five other soldiers were pardoned and awarded medals for their service by Prime Minister Helen Clark under the Pardon for the Soldiers of the Great War Act 2000. The War Play focuses on the relatives of writer, Philip Braithwaite, and the scandal surrounding his family, which had been kept a secret since World War I.

Played by Ben Van Lier, Philip goes on a journey to find out more about his great-uncle Jack (Jonathan Martin), who was executed while deployed in France for going AWOL. The reasons for his execution brought great shame to his family. In 1915, Jack followed his brother Eric (Alexander Walker) to war. Upon seeing his brother shot down, Jack deserted his battalion several times before he was eventually taken to a military prison in France, which is where the events that led to his execution occurred.

His death was so disgraceful that it even led to the death of his father, former mayor of Dunedin. Based on real events, The War Play is an excellent four-man production. Although half of the cast play multiple characters, it always clear which character is being represented in each scene. It is wonderfully acted and the cast brings the story to life with emotion and comedy that had the whole crowd laughing and, at times, in suspense-induced silence. The change of scene from Jack’s exploits in 1915 to Philip’s writing journey and his interactions with his father change the atmosphere nicely, balancing out the seriousness and comedy without either one being too overpowering.

The opening night of The War Play had full sway over my emotions. I would highly recommend this play for any local history buffs or anyone who appreciates a good war story.