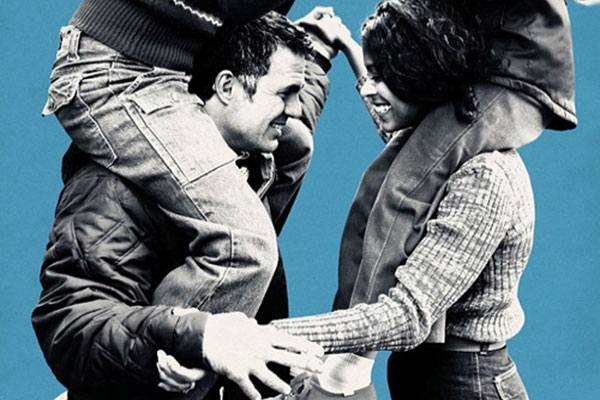 Set in 1978, the film takes place at the back end of the counterculture movement. Cameron (Mark Ruffalo) is a psychedelic bohemian still riding the highs of Woodstock, struggling with the inhibitions of domesticity and post-psychedelia. His hardships become obvious when we discover Cameron failed to fulfil his family’s expectations of graduating from Harvard University and leading a life on the fringes of American aristocracy. Cameron is also a manic-depressive mess of a father who tries to win back his wife by attempting to take full responsibility for their two young, spirited daughters — but they don’t make the overwhelming task any easier.
Cameron’s personal storyline, however, is not something that the audience should be distracted by. This film is first and foremost, a feel-good film driven by the mantra: “We may not have it all together but together we have it all.” Cameron and Maggie’s (Zoe Saldana) two children, Amelia (Imogene Wolodarsky) and Faith (Ashley Aufderheide), have trouble seeing the silver lining within a life of poverty. With a black mother and a white father, they are cast into a world of social isolation, where making friends becomes difficult.

However, who better to help resolve these issues of social mistreatment than their manic-depressive, post-psychedelic, bohemian father? It is the film’s scenes of heartfelt fatherhood that both carry the mood of Infinitely Polar Bear and provide more than a few solitary moments of comic relief.

I have a few misgivings about Mark Ruffalo’s reliance on his cigarette to mark Cameron’s bohemianism instead of actually acting the part, but Maya Forbes’ directing picks up the slack. Her Super 8 camera captures the film’s warmth and projects a feeling of youthful nostalgia.
This article first appeared in Issue 7, 2015.
Posted 2:51pm Sunday 12th April 2015 by Ngarangi Haerewa.