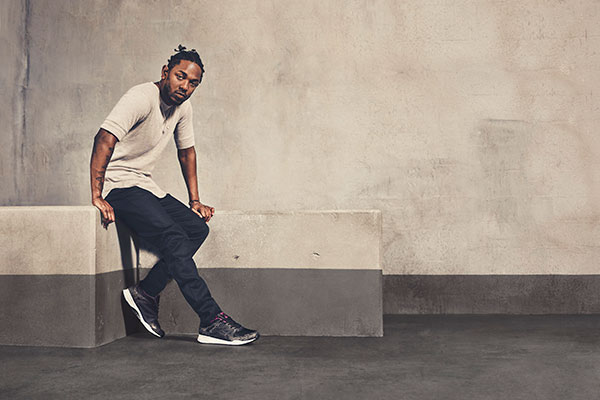 Kendrick Lamar: To Pimp a Butterfly

In the last twelve months, African-American identity has been debated particularly fiercely. Coinciding with the horrors of Ferguson, we have seen a distinct whitewashing of what was previously considered “black” music. More so than ever, African-American experience needs to be culturally documented but black music styles have been dominated by figures like Iggy Azalea and Macklemore. Almost out of necessity, African-American music icon D’Angelo returned in December with his first album in fourteen years, Black Messiah. A tour-de-force of soul, funk and R&B, Black Messiah was as much a political statement as it was a celebration of black culture. In bringing those styles of music back to their roots, D’Angelo all but reclaimed them.

Kendrick Lamar’s third studio album, To Pimp a Butterfly, is the perfect companion piece to Black Messiah, and a sensational album in its own right. Whereas Kendrick’s last album good kid, m.A.A.d city was punchy and direct, To Pimp a Butterfly is lush and expansive. At 78 minutes long and featuring an ensemble cast, To Pimp a Butterfly has a distinctly cinematic feel to it. Many of the guests are black-music royalty of yesteryear and today, including Parliament’s George Clinton, jazztronica extraordinaire Flying Lotus, and pop superstar Pharrell Williams.

True to the butterfly referenced in its title, To Pimp a Butterfly is an album in constant metamorphosis. Anthemic rap songs segue into sections of spoken word, which segue again into jazzy interludes. What holds these sprawling elements together is Kendrick’s rap persona, which is just as enthralling as it was on good kid. Though the album is best listened to as a whole, highlights can’t help but emerge with repeated listens. The furious “The Blacker the Berry” slaps the listener in the face with its discussion of racism, even as Jamaican dancehall artist Assassin delivers delectable hooks. Just as exceptional is the strutting “King Kunta”, which squeezes references to James Brown, Michael Jackson and “Rapper’s Delight” into its four sublime minutes.

I am hard-pressed to name a recent album as enjoyable or as socially relevant as To Pimp a Butterfly. Regardless of your music taste or the colour of your skin, To Pimp a Butterfly’s politically-charged lyrics and sumptuous sound palette are sure to win you over.
This article first appeared in Issue 7, 2015.
Posted 2:51pm Sunday 12th April 2015 by Basti Menkes.