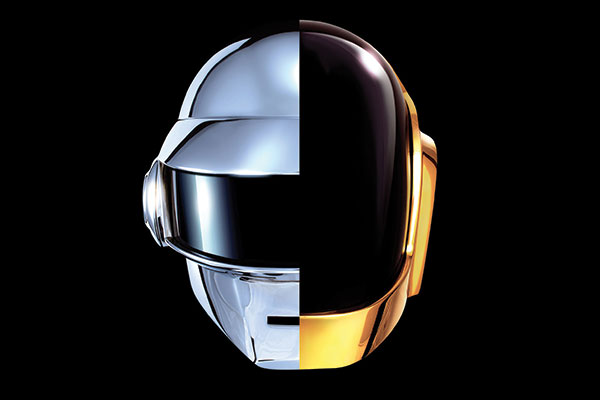 Daft Punk: Human After All

Daft Punk’s third studio record, Human After All, recently celebrated its 10th birthday. After being praised as innovators in the dance-music world for the now-legendary albums Homework and Discovery, the French duo were met with mixed reviews for Human After All; the Guardian even went so far as to call it “a joyless collection of average ideas stretched desperately thin.”

And, sure, the album’s detractors have a point. Compared to Daft Punk’s previous standard of layered, meticulous dance music, Human After All is surprisingly coarse and simplistic. The album was reported to have been made in just six weeks, and its utter lack of three-dimensionality seems to confirm that. Within thirty seconds of each track, you will have heard everything it has to offer. The ugly production quality means you won’t have much of an incentive to stick around after that long either.

But when it comes to the ideas themselves on Human After All, the Guardian doesn’t have it right. Even if the album sounds like a rough draft rather than a finished product, Human After All contains some of Daft Punk’s strongest hooks and samples. There is an assaultive nature to Human After All that makes far more sense in the context of the Daft Punk live show. The most exhilarating moments of their superb live album Alive 2007 are when the duo drop songs like “Robot Rock” or Human After All’s title track into the mix. On the studio record, those songs bordered on obnoxious; when spliced into a live set they work wonders, providing the biggest “fuck yeah” moments of the night.

The throwback to old-school maximalism on Daft Punk’s fourth studio album, Random Access Memories, suggested a rebirth of biblical proportions. With Random Access Memories’ nostalgic blend of funk and disco, not to mention song titles like “Give Life back to Music”, Daft Punk quickly established Human After All as a dark period in their career they’d rather you forget.

But it is difficult to pretend Human After All never happened. This album had a cultural impact. It was only after its release that DJs began delivering dance music with the same heavy-metal intensity that Human After All did. Without Human After All, there would have been no Knife Party, no Skrillex. Of course, a universe without those musicians might actually be very appealing to you. But despite any misgivings I, you or Daft Punk may have about it, Human After All represents a turning point in electronic dance music.
This article first appeared in Issue 7, 2015.
Posted 2:51pm Sunday 12th April 2015 by Basti Menkes.