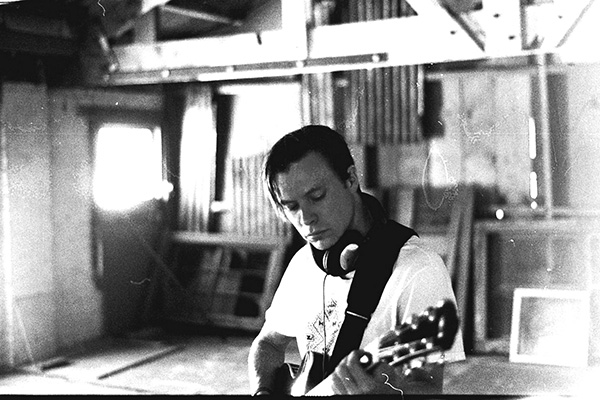 You are from Dunedin originally, but migrated to Auckland. Did you feel there wasn’t a place for you in the Dunedin music scene?

That wasn’t it. I decided very suddenly that I was going to move to Auckland. It was New Year’s Day, I took two suitcases with me, and that was that. I think Dunedin has a very welcoming music scene. But I guess I felt that being a musician in Dunedin could only get you so far. I used to have the idea that if I just made the perfect album and released it on the Internet, it would blow up and I’d become famous overnight. That’s worked for people like Lorde, but it isn’t my way of thinking anymore. Now for me it is so much about touring and perfecting my craft.

Is it important to you to sing in your Kiwi accent?

I don’t really like the term “Kiwi accent”, but I guess that’s just cultural cringe. I’ve been honing my voice for a while now, and it just feels right to sing the way I do. I don’t see Lorde singing in an American accent as inauthentic or a bad thing. Though she’s been criticised to hell and back, the poor girl. We Kiwis grow up hearing a lot of American accents in mainstream culture; I think it makes sense to sing in one. We live in such a globalised world.

Is Successor, as the name suggests, a sophomore album? Or do you consider it your debut solo album?

I don’t see this as me starting over musically or anything. This is just the first album I’ve released under the name Anthonie Tonnon. I certainly didn’t work alone on it; I had my band, I had Jonathan Pearce, Daniel Blackball [of Critic!] helped me hugely with the visual sides of things. Though it’s my name on the CD and my face on the cover, my music is always going to be collaborative. Releasing Successor under my name was more a way of cultivating a musical persona for myself. I take cues from theatre with my live show. I’m very interested in the idea of artifice.

I really like that. I think a tangible visual aesthetic is something Kiwi musicians can sometimes lack. What were the sounds and emotions that informed Successor?

Sonically I wanted something that was minimal, but still somehow otherworldly. We were listening to a lot of Lou Reed, David Bowie’s Berlin trilogy of albums, early Krautrock bands like Neu! I don’t know if there are any dominating themes or emotions to Successor. I guess I like to keep things emotionally vague in a way. It is more about the characters I talk about on the album, the aesthetic. I’m a big Twin Peaks fan.

I was struck by how lyrical much of Successor is. Do you have a background in poetry?

I actually did a poetry paper at the University of Otago. I think it’s called Engl217. It was taken by Emma Neale, who is a really great Dunedin poet. She was the Robert Burns fellow a couple of years ago. But I’m not sure “poetic” is the best way to describe my music. I’m actually really interested in prose, in long-form journalism. A song off of the last album called “A Friend from Argentina” is based on an article “Blow Time” by Donna Chisholm, which is about the cocaine trade in Auckland. One of the cocaine mules died on the job when this huge bag of cocaine she was carrying inside her burst. A really sad story.

Oh my god. How would you describe your creative process?

On some songs, I come up with, say, the opening lyric first; others evolve from a musical idea like a riff. “Bird Brain” (a song from Successor) started with a riff. I often write my songs in a comfortable urban environment, get them ninety per cent completed, and then finish them when on tour. I think it takes me playing those songs in the real world, to real audiences, for me to perfect it and make it resonate with people.

I find that so interesting. I think for a lot of bands it’s the other way around; they come up with musical sketches when touring and polish them when they get home to the studio. How has the national tour to promote Successor been so far?

Great. We’re driving down to Wellington at the moment, and will be in Dunedin to play Chicks Hotel on Saturday 14th.