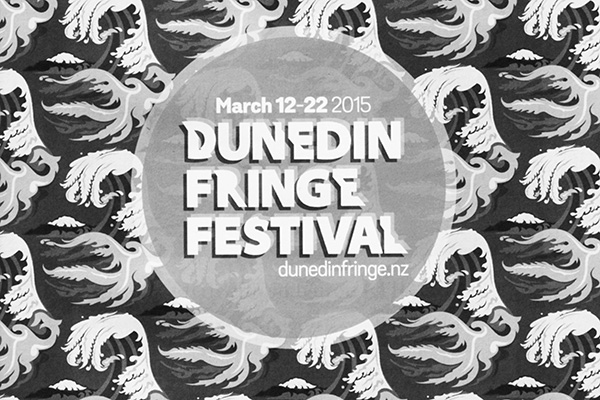 T he night was a successful taste test of what to expect from the Dunedin Fringe Festival, and I’m sure it won’t disappoint.

With a song from Beards! Beards! Beards! by two men sporting their very own impressive beards and a hilarious performance from the girls of BENEDICT CUMBERBATCH MUST DIE that left the audience wanting more, the opening night of the Dunedin Fringe Festival was off to a good start.

When you see two girls with crutches, you don’t assume that they’re contortionists until one of them climbs on top of the other (I just thought both of them had sprained their ankles). All Good Poems Wear Travelling Shoes is described as a “marriage of poetry, drama and music” but, really, it was like strobe lights for the ears: enjoyable but intense, and trippy. Fortunately, the opening night also provided calmer performances such as those from Footnote Dance and Metamorphosis.

The most impressive acts of the night, though, have to have been Scottish Comedian of the Year 2014, Bruce Fummey, and Joseph Moore, who was nominated for the Billy T Comedy Award in 2013. When you hear about how awful Australia is for a Scotsman and why TVNZ’s Coastwatch is Joseph Moore’s favourite show, you become a changed person.

With acts that make you think more about Vogel bread and make you question whether a man simply putting on his jumper is an artistic performance, you know that the 2015 Dunedin Fringe Festival has events for everyone.

Critic got the chance to interview Dunedin local, Emma “Feather” Shaw, who is directing and performing in Dunedin Fringe Festival shows, Are You Game? and Lads on Tour.

CRITIC:
Have you always wanted to pursue drama, theatre and performance professionally?

EMMA:
I’ve always been really passionate about performance, and as a kid, I was always the star of all the little end-of-year community hall shows. I didn’t dream of being an astronaut or a teacher or a mother or a movie star. When I was a kid, I just wanted to grow up to be a milk-truck or rubbish-truck runner by day, and a rock star by night.

CRITIC:
You have two shows playing in the Dunedin Fringe Festival. Can you tell me what inspired you to create Are You Game? and Lads on Tour?

EMMA:
Lads on Tour was inspired by my OE, and all the crazy encounters that I had. I kept this travel diary over the past couple of years and there are just too many juicy and hilarious bits in it to keep to myself. So now it’s being put onstage, with a bunch of circus, musical, burlesque, drag and dance acts happening in between me as MC telling travel stories that tie the night together. I’ll tell a bunch of stories about things like the time I snuck into an abandoned theme park in Berlin and the time I went to the Icelandic Penis Museum. We also tackle the big questions that plague the lives of those in England, like is a Jaffa cake a cake or a biscuit?

In stark contrast to that, I have also written and directed Are You Game?, which uses dance and monologue to explore the themes of sexual assault and blurred lines of consent. It is a heavy piece that goes on this journey from a light-hearted, fun night out through to a point when boundaries perhaps become unclear and the miscommunication that can stem from some innocent flirting. Are You Game? is a devised piece of theatre, based from an account I wrote down about five years ago after my own experience of being assaulted at a party. The piece kind of looks into the reaction of freezing up like a deer in the headlights, rather than using your words or movement to be strong and say no and walk away — even when technically you are given that opportunity.

CRITIC:
What advice do you have for aspiring performers and directors?

EMMA:
Just go out and get involved. There’s this huge supportive network out there just waiting to be taken advantage of. Volunteer to clean toilets at the local theatre, meet people and get involved. Just make yourself known and don’t be afraid to throw an idea out there for a show — because there will be people around to make it happen. As far as I’m concerned, if you perform a show in the lounge of your flat to an audience of ten people and a labrador, that’s making the big time. It’s all about the love of it.
This article first appeared in Issue 4, 2015.
Posted 2:32pm Sunday 15th March 2015 by Mandy Te.