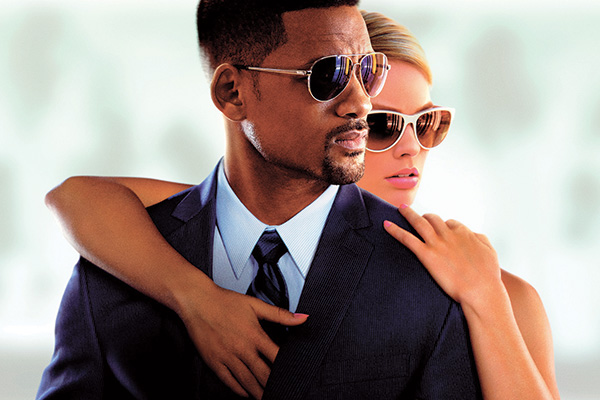 I must admit, following the utter disappointment of After Earth, my expectations of Will Smith providing quality cinematic entertainment in Focus were pretty low. The fact that it was a “Baby and Me” screening did not help matters — screaming toddlers and dimmed-but-not-entirely-blacked-out lighting did not sound like my idea of a good time. Focus actually left me pleasantly surprised.

Focus follows con man, Nicky Spurgeon (Will Smith), as he finds, and consequently loses, the love of his life; a storyline that sounds like the plot of basically every movie that I have ever seen. The opening credits had me worried that I’d have to sit through just another depressing Will Smith action movie, as the supposedly more important aspect of the film is the myriad of criminal schemes Nicky immerses himself in, but what makes Focus far more enthralling is the arrival of Jess Barrett (Margot Robbie), a wannabe (and, might I add, totally babin’) pickpocket extraordinaire.

Margot Robbie as Jess brings an edge of humour to the film, one that I was unaccustomed to associating with her counterpart. Her initial lack of flirtatious flair is made up for during the latter part of the film, which follows her emotional disembowelment by Nicky when he dumps her like freshers dumping greasy food on their plates after a hangover.

The film takes some interesting and surprisingly unexpected twists that peaked my interest and held it throughout (only twice were there epic screaming episodes from my baby companions, which disrupted the peace of my abnormally illuminated theatre experience). These twists highlight the importance of never “dropping the con” and, ultimately, maintain focus. I appreciate Will Smith’s attempt at portraying a con man with actual human feelings, but without the star performance from Margot Robbie, Focus would certainly have fallen into the stagnant, generically mainstream pit where movies go to die.
This article first appeared in Issue 4, 2015.
Posted 2:32pm Sunday 15th March 2015 by Maya Dodd.